In the future, gender inequality was erased.
NOVA is a multitude of newly born, radically inclusive, self-managed communities, heterogeneous in their forms of commoning and societal organization.
NOVA share a vow to never let oppression in any form rise again.

In light of both the right-wing political turn affecting Europe and the social contingencies and transformations brought by the current health crisis, it is our intention to address the role of art and other potential forms of political activism within the current power struggle between irreconcilable world views and their corresponding political and societal projects.

Due to the structural imbalance of forces, grassroots initiatives are often limited to a reactive position. Struggling against the attacks upon their organizations (cuts to financial and other forms of public support, political marginalization and even de-legalisation) and fighting for the survival of their activities and for the maintenance of their voice within the societal discourse, they are often left with the feeling of being one step behind, one moment too late.

Imagining the future cannot be postponed.

We would therefore like to invite you to take part in NOVA. Future thoughts on surviving together - an afternoon of speculative gaming aimed at sharing survival strategies, exercising solidarity and intersectionality, strengthening networks and forming new alliances between different emancipatory movements. Together, we propose to create a piece of political fiction in which we collectively dream and narrate a world free of patriarchal and other forms of oppression.

NOVA. Future thoughts on surviving together is a futurist LARP - Live Action Role Play written by Ana de Almeida and Alicja Rogalska. Originally it was directed towards feminist and queer activists in Vienna, in Cologne we would like to extend the piece towards cultural workers.

NOVA will be played on February the 1st (Tuesday) 2022 at Temporary Gallery Centre for Contemporary Art in Cologne from 2 until 8 pm. The game is open to 12 players and will be played without an audience. The language of the game will be English. We will provide all materials, refreshments, and any assistance needed for the duration of the game.

The game was first run at the Austrian Association of Women Artists (VBKÖ) in Vienna in October 2019 as part of the exhibition there. Since then the script was updated and another iteration was played, this time at Kunsthalle Wien in October 2020, and in collaboration with Vanja Smiljani

This edition was documented in a video which is available to view in the current exhibition of Alicja Rogalska at Temporary Gallery.

The running of the game is contingent on what is possible and safe in terms of public health concerns and the safety of the participants. We will provide disinfectant and follow a strict hygiene protocol according to the current rules, provide enough space in the room to enable for physical distancing and frequent breaks for fresh air and extra ventilation. We ask all participants to bring proof of vaccination (2 vaccines + boosters) and additionally to do a Corona Schnelltest on the day of the game or the day before.

If this sounds like something you would like to get involved in please send an email to the Temporary Gallery confirming your interest (until 30.01, info@temporarygallery.org). We are more than happy to answer any questions you might have.

Register in advance here: https://us06web.zoom.us/meeting/register/tZUkf-iqqz0qH9Hl5ynnYEiTd731vLUP2-TD
After registering, you will receive a confirmation email containing information about joining the meeting.
Language: English

Join us for an online reading of an essay „Performance Fictions“ by David Burrows. We will discuss the transformative function of fiction, especially in form of various kinds of games. The discussion relates to two artworks in the current exhibition of Alicja Rogalska at the CCA Temporary Gallery:

In NOVA (2020) a group of Vienna-based feminist and queer activists participate in a LARP (Live Action Role Play; written together with Ana de Almeida) to collectively improvise and create a piece of feminist political fiction - a future world free of patriarchal oppression. Due to a structural imbalance of forces, grassroots initiatives are often limited to a reactive position. Fighting against attacks upon their organisations and for the survival of their activities, they are often left with the feeling of being one step behind. Creating a speculative space allows the participants to explore different identities, interpersonal relations, affects, desires and organisational ideas free from the sometimes suffocating weight of present conditions and structures. (Collaboration with Ana de Almeida and Vanja Smiljanić. Commissioned by Kunsthalle Wien and supported by CHASE. Curated by Diedrich Diederichsen and Oier Etxeberria.)

THE ONES WHO WALK AWAY (2017) results from the artist’s participation in Blue Flame LARP (Live Action Role Play) in Spain, the video is set in the future, in a world where the masses are mind-controlled and their emotions numbed. The inhabitants of the revolutionary Libertad camp try to practice democracy whilst working to free other people from the effects of programming. The game can be seen as a rehearsal for a future dystopia, an escapist exercise in creating a utopian community, a way to overcome political inertia and produce affects, or create tools and methods for possible futures. (Commissioned by Västerås Konstmuseum, Sweden for Free Play exhibition and curated by Katrin Ingelsted.)

Participants are asked to read the text in advance: https://www.metamute.org/editorial/articles/performance-fiction

About the Reading Sessions:
“The need for discussion and its important function does not come from the desire or craving to push someone’s views on any matter (though it is true that many discussions are held for this reason), but from the limitations and imperfections of the creative and, in particular, cognitive powers of an individual.”
Roman Ingarden, A few words on a fruitful discussion, 1961

Recent studies have shown that due to our increasingly digitized lifestyle we are losing focus after about eight seconds. This is less than the average attention span for the notoriously poorly concentrated goldfish. To combat this condition, Temporary Gallery continues with its informal, self-educational initiative – the Reading Sessions. Their goal is to deepen and intensify discussion of the themes related to contemporary art and art theory as well as the program of Temporary Gallery. The Reading Sessions in 2022 accompany the solo exhibition of Alicja Rogalska at the CCA Temporary Gallery in Cologne.

To receive information about next session, order a newsletter of the Temporary Gallery here: https://www.temporarygallery.org/en/about/newsletter/ 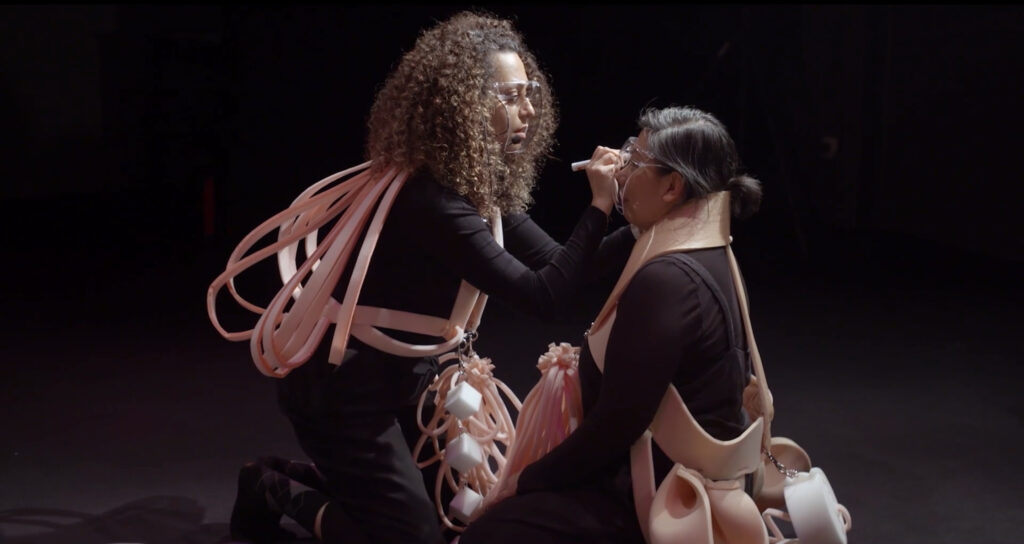