Free projects, changing teams –working in the art industry has little in common with traditional working environments. And it often poses enough challenges for those involved. In times when applying is the new working, artworks are shipped between continents and art residencies are important networking hubs, information on labor, legal and administrative issues is handy to have. Magdalena Ziomek (Founder & CEO SMartDe eG) will present her project, SMartDE– an Europe-wide network that aims to improve the working conditions of self-employed workers. As a cooperative, SMart currently extends to nine countries with over 95,000 members. What makes it special: SMartDE members who are self-employed can be permanently employed for a period of time –and are insured through SMartDE as a result. In the Corona crisis, SMart's concept takes on a completely different meaning: self-employed people are not entitled to short-time working benefits in Germany, but SMartDE members are. The project was recently supported by the German Federal Ministry for Economic Affairs and Energy (Innovation Program for Business Models and Pioneer Solutions).

SMartDE is a joint venture based on solidarity and the principles of social economy. The cooperative follows the principle of the Shared Company, in that all members share the costs of the collaborative enterprise by managing the administrative and economic services within the cooperative.
www.smart-eg.de

Magdalena Ziomek was born in 1974 in Tychowo, Poland. She studied art history at the University of Poznan and later moved to Bremen. In Germany she completed supplementary studies in museum and exhibition management and project management. For many years she has curated exhibitions and coordinated international cultural projects. She also works as a translator and consultant in the field of Polish-German cultural projects. She is co-founder of the associations agitPolska e.V. and SMartDe Netzwerk für Kreative e.V. as well as of the cooperative SMartDe eG.

You question what is this world coming to
Where's the glory you dreamt of as a child...

You contemplate the setting sun,
Unaware of your disorientation.
Dis-orient: turned away from the east.
The shifting current seems to conspire against you.

Why not just turn around
Lessen the intensity of your western glare and face the rising sun
Note the energy swirling from its center
How it illumines us all and only the birds fly first class...
There is your inheritance!
***
Coldcut. “Mr Nichols,” Sound Mirrors, 2006.

The event is a part of the project "and only the birds fly first class...", which invites reflection on the structures of the art system and possible reactions to them. Its aim is to go beyond ordinary criticism of the mechanisms of the art scene and present progressive ideas and proposed solutions with a model character. Although the motivation to carry out the project dates back to the time before the pandemic, it was reinforced by observations made during these times. "In the days of cancellations, closures and postponements in the art field, which hit artists and freelancers especially hard, the precarious conditions on which the art business has rested for decades are revealed with full force. It is the artists, of all people, who are generally the most exploited and who have hardly any financial security. The aid packages that have been passed in many European countries in recent months are right and important, but they reveal nothing other than the flaws of the system - and sooner or later they will become the blueprint for announcing drastic cuts in the public art sector, which has long been working at its existential limits, as having no alternative. In the end, artists and freelancers will pay double, because they are always the first to be cut."[1] But these experiences must rather lead to rethinking and renegotiating the mechanisms of art.

The project will focus on practical approaches and initiatives for discussion. Together with invited experts, we would like to consider how to facilitate and improve the daily lives of artists and curators. The topics of the project are deliberately broad so that they can be related to different aspects of life. Besides the lecture by Magdalena Ziomek, the following events are planned: a workshop on curatorial fees with Kris Dittel and Katia Krupennikova, a permaculture online course (starting on 27 March 2021) with a research group of artists and curators on the topic "Learning from Permaculture," a programming course, an exchange circle on co-housing and many other events.

The events are developed with cooperation partners such as BBK Cologne and And She Was Like Bäm! The title of the project comes from the song "Mr. Nichols" by Coldcut and Saul Williams, which is a very apt description of the emotional state of despair, disorientation and the need for turnaround. The change is to achieve a world in which "only the birds fly first class" i.e. a world without inequalities (between, for example, different professional groups).

The project is curated by Aneta Rostkowska, director of Temporary Gallery. 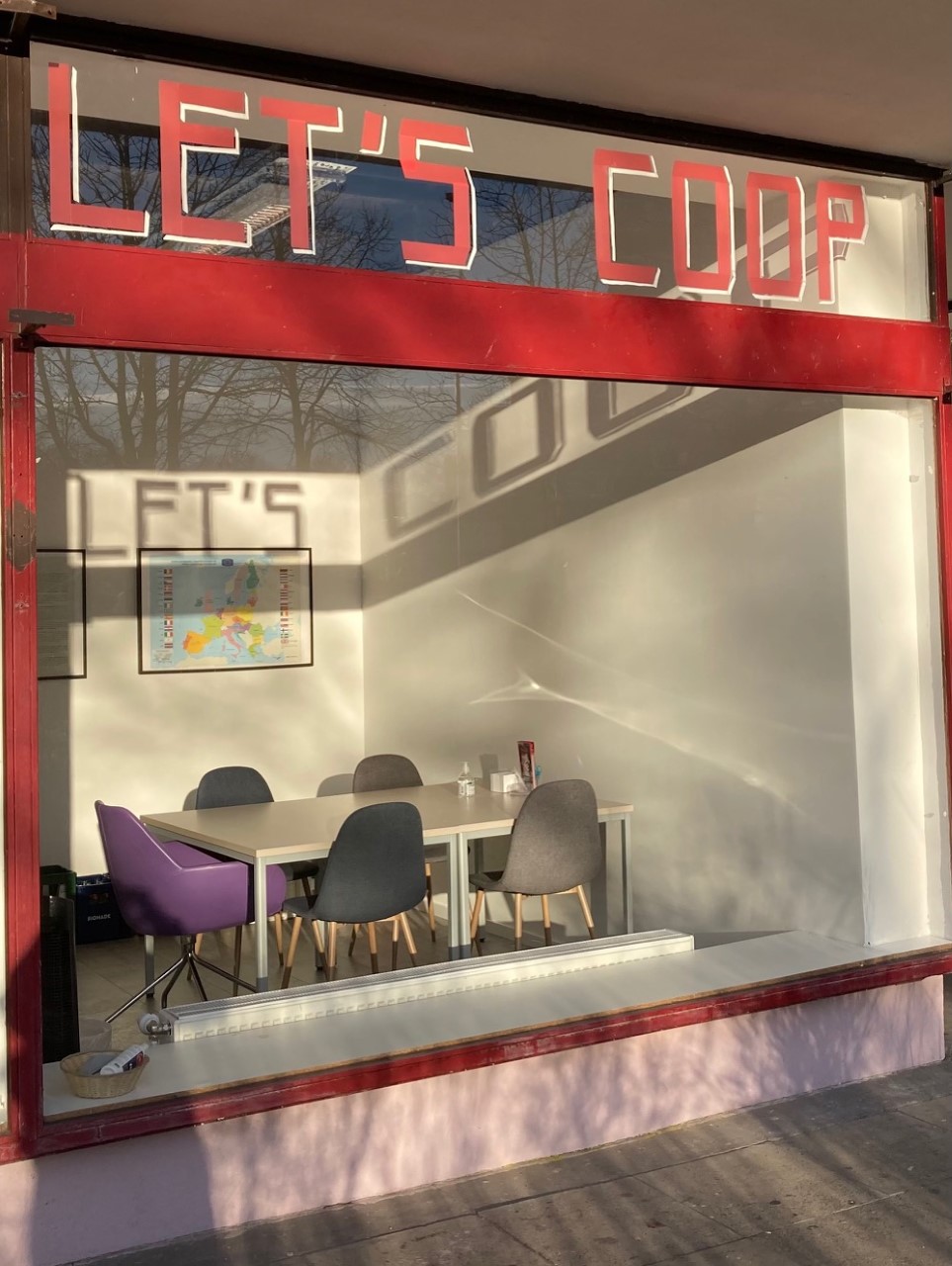