The starting point of Simon Martin’s short film is an Rococo Louis XV armchair. The film tells the story of the antique chair and its afterlife as an iconic design object in the form of Philippe Starck’s "Louis Ghost" chair, now a name-brand product of the Italian Kartell design firm. The film traces its path from artisan workshop to the ultramodern high-tech assembly line and the associated material translation of the classic material of wood into a transparent and colorful polycarbonate. The underlying question asks how contemporary material culture is, how history and meaning can be read in objects and influence our subjective thinking and remembering. The film was produced by FVU on the occasion of an exhibition by the artist at the Holburne Museum in the English city of Bath, a repository of many ’classic’ historical objects. The Production Talk considers the concept of artistic production in a two-fold manner: echoing speculations broached in ’Louis Ghost Chair’ itself concerning the production and reproduction of objects and images, while also revealing the film’s concrete production conditions and methods.

Simon Martin was born in Cheshire/UK in 1965. He has shown his works at White Columns, New York, The Power Plant, Toronto, the Chisenhale Gallery, London, and Herald Street, London. Martin was shortlisted for the 2009 Jarman Award. FVU is an independent organization that commissions, curates and produces film, video and other moving-image works, which are presented in collaboration with galleries and other cultural partners across the UK since 1988.
Funding and Support
SK Stiftung Kultur, Cologne
Images
Simon Martin: Louis Ghost Chair, 2012. Courtesy of the artist and MOTINTERNATIONAL, London 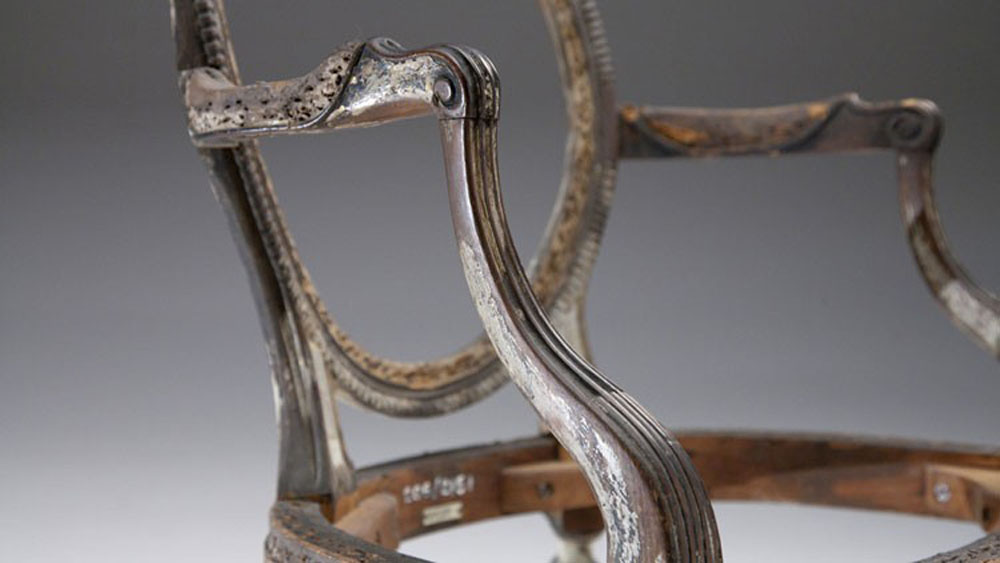