The promises of neoliberalism are not necessarily fulfilled on the market or in the world; they also come into being as commodities, as design products or as people like Steve Jobs or Deng Xiaoping. The iPhone and the existence of the all-producing Chinese state are obvious answers to the crisis of capitalism. Christian von Borries made his documentary film essay "IPHONECHINA" in the United States, France, Germany and China and posed the crucial question: If Apple was a state would I rather live in China or in Apple? In other words: Can nations be run like business enterprises or in turn plant integral ideas of a society in a business enterprise?

Under the motto of this year’s Werkleitz Festival "Avoiding Utopias", Inke Arns invited von Borries to present this new piece. The theme of the Production Talk concerns the work as well as the experiences with crowdfunding and other film subsidy possibilities on both sides of the festival. Christian von Borries’s work has been presented at the Lucerne Festival, the Volksbühne Berlin, at Kampnagel Hamburg and DOCUMENTA 12. The Werkleitz Media Festival was founded in 1993 for the joint presentation of film and video, fine art, computer art and performance.
Funding and Support
SK Stiftung Kultur, Cologne
Images
Christian von Borries: IPHONECHINA, 2013. Courtesy of the artist 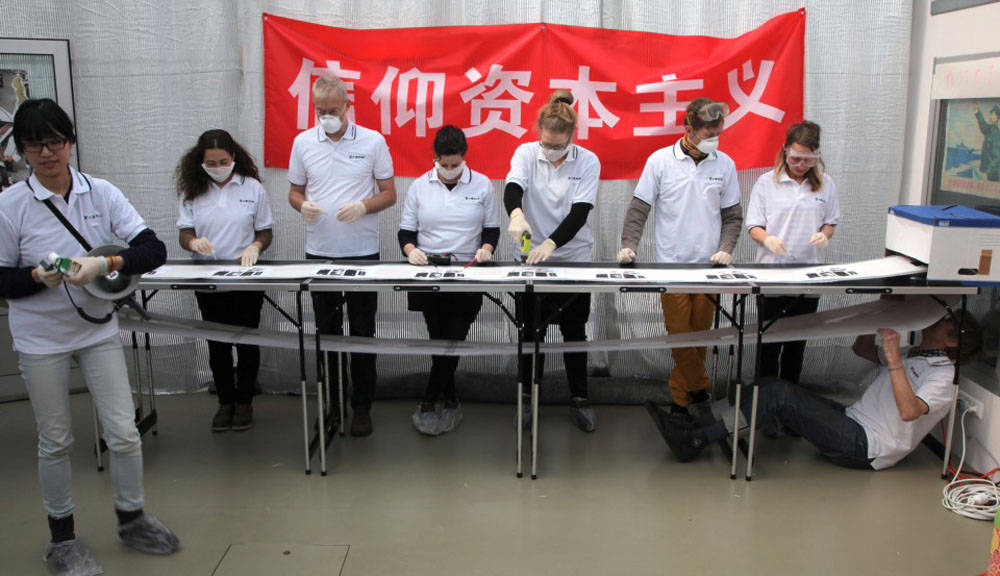