In "Silvestre" João César Monteiro combines the tale of Blaubart with a 15th century Portuguese fable, in which a damsel disguises as a knight to save her father. The film depicts the medieval, traditional narrative as a dreamlike, bizarre and dark parable on patriarchal structures and their afterlife as a national heritage in Portugal’s present time. Monteiro works with slow and hypnotic imagery and highly stylized dialogues oft the actors in front of an artificial and thus frozen set design which was done by Ana Jotta.

João César Monteiro (1939-2003) was a Portuguese filmmaker and actor of the Novo Cinema. With his unorthodox, polemic and controversially discussed style, he is regarded as one oft he most influential and most important protagonists of Portuguese film. "Silvestre" was entered into the main competition at the 38th edition of the Venice Film Festival 1981. 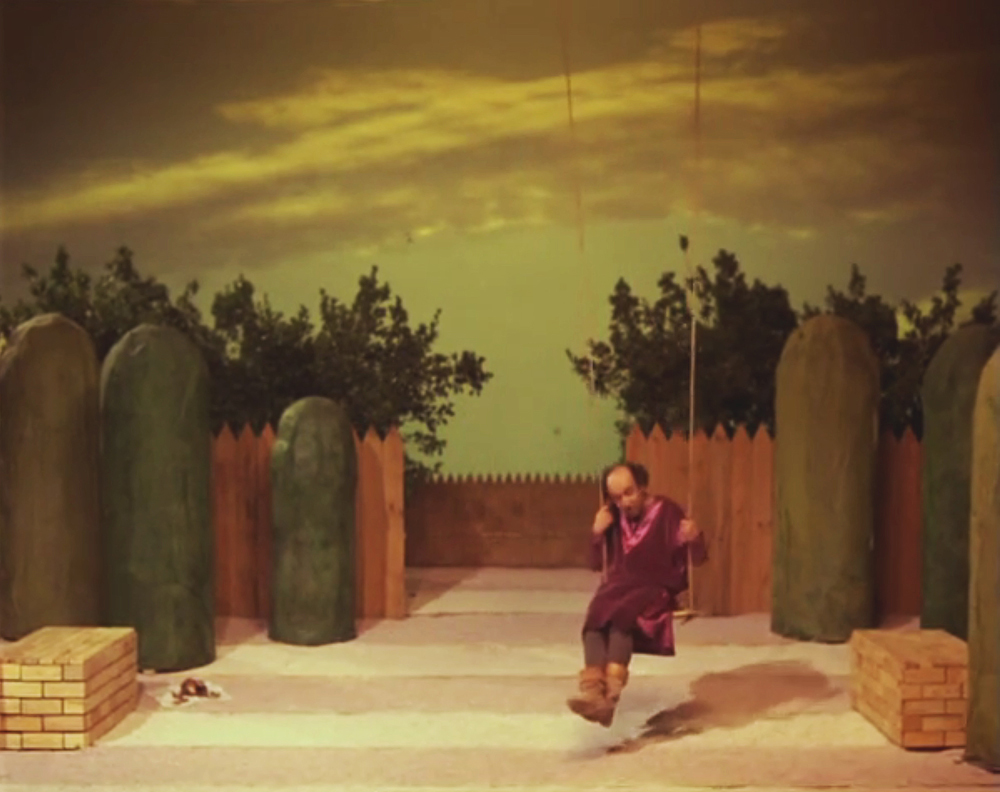