“I am preparing myself for the next move,“ she replies. “The last move.” She looks him in the eye; she is calm; she seems to be entirely serious. “I am accustoming myself to living in the company of beings whose mode of being is unlike mine, more unlike mine than my human intellect will ever be able to grasp. Does that make sense to you?”

"Heart of an old crocodile exploding over a small town" is a curatorial experiment oscillating between a solo and a group exhibition. The artworks on view were not chosen according to one specific theme but rather accumulated associatively around a group of semi-narrative paintings and drawings of Bram Demunter. In this way, the exhibition follows several interrelated themes inherent in Demunter’s work such as the longing for a closer relation to nature, the negation of an objectifying way of looking at it and the attempt to avoid idealizations of it by means of staying close to its material, sensual aspects. Other important themes involve inclusion and exclusion from society, interspecies or latent communities and post-apocalyptic intuitions concerning the future. Apart from artworks of various nature (painting, drawings, films, installations and even a smell) the exhibition contains documentary movies as well as books.

Several artists involved in the exhibition are members of collectives or represent groups that are very often marginalized and exploited in our societies (indigenous people, people with mental disease, animals). The exhibition attempts to present what happens when these marginalized views become placed at the centre of our attention. How does their perspective differ from ours? What can we learn from them? Is there something that we will never fully understand but might get a grasp of? Is the difference between “us” and “them” as big as we tend to assume? Who decides what is at the centre and what gets pushed to the margins?

On a more formal level the exhibition tunes in to the compelling sensuality of Demunter’s works with their almost medieval quality. In his pre-modern treatment of perspectivity the artist abandons the objectifying, Cartesian point of view in favor of a more post-human or trans-human perspective in which all earthly beings co-exist in unexplainable and fragile unity. The other artists in the exhibition adhere to this position, following a practice of a decentered, non-anthropomorphic gaze. The immersive exhibition design follows the sensuality of the presented artworks oscillating between a suggestive tactile intimacy and a feeling of estrangement.

“No, there is no God. But at least, in the world I pray for, every soul will have a chance. There will be no more unborn beings waiting outside the gate, crying to be let in. Each soul will have a turn to taste life, which is incomparably the sweetest sweetness there is. And we will be able to hold up our heads at last, we masters of life and death, we masters of the universe. We will no longer have to stand barring the gate, saying, Sorry, you cannot come in, you are not wanted, you are too many. Welcome, we will instead be able to say, come in, you are wanted, you are all wanted.”

During the opening food prepared by Duoni Liu will be served. 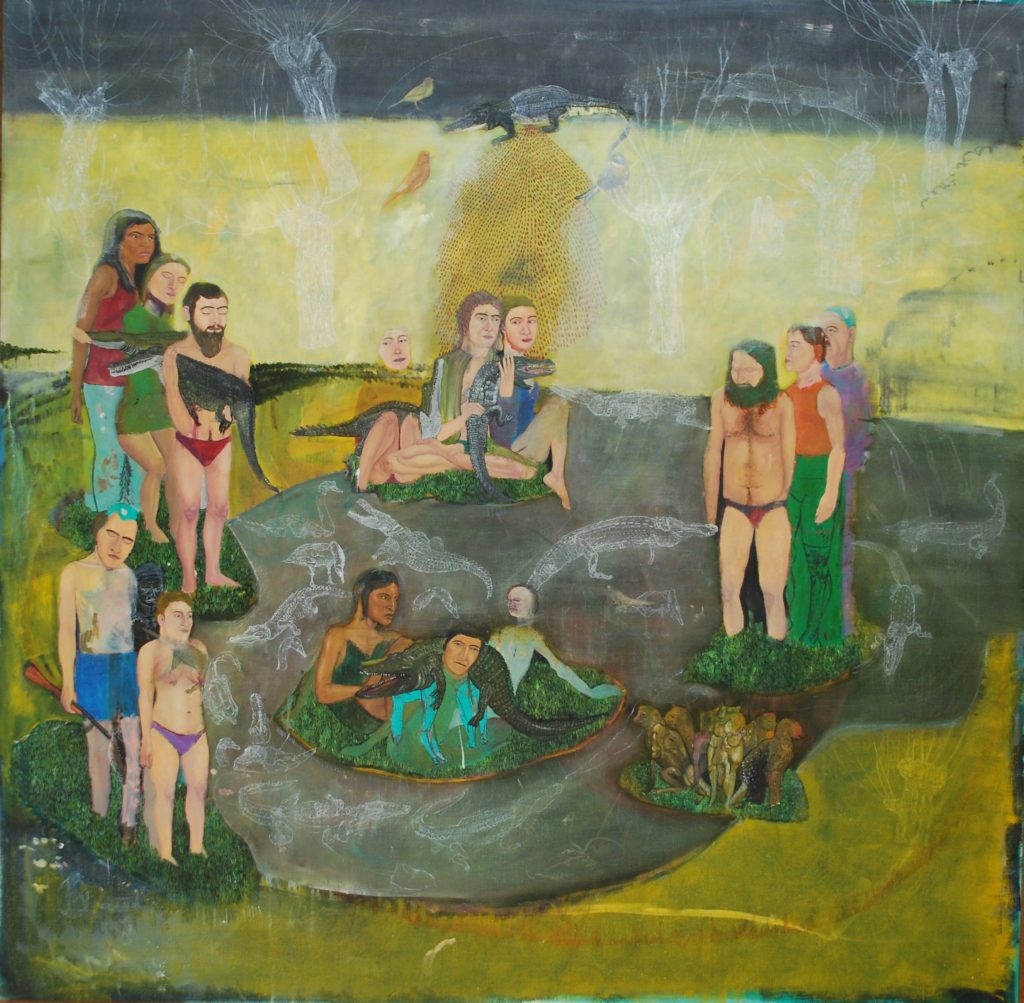 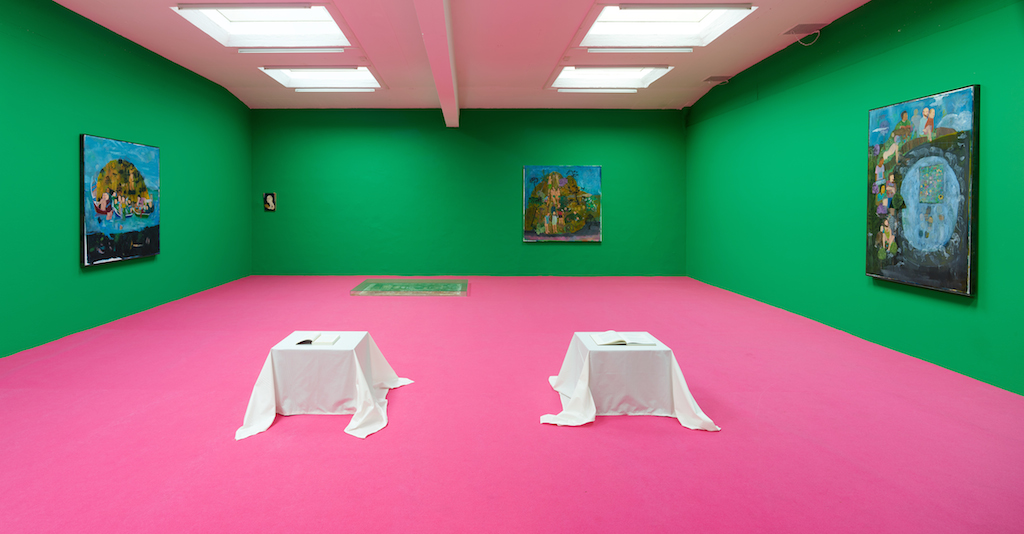 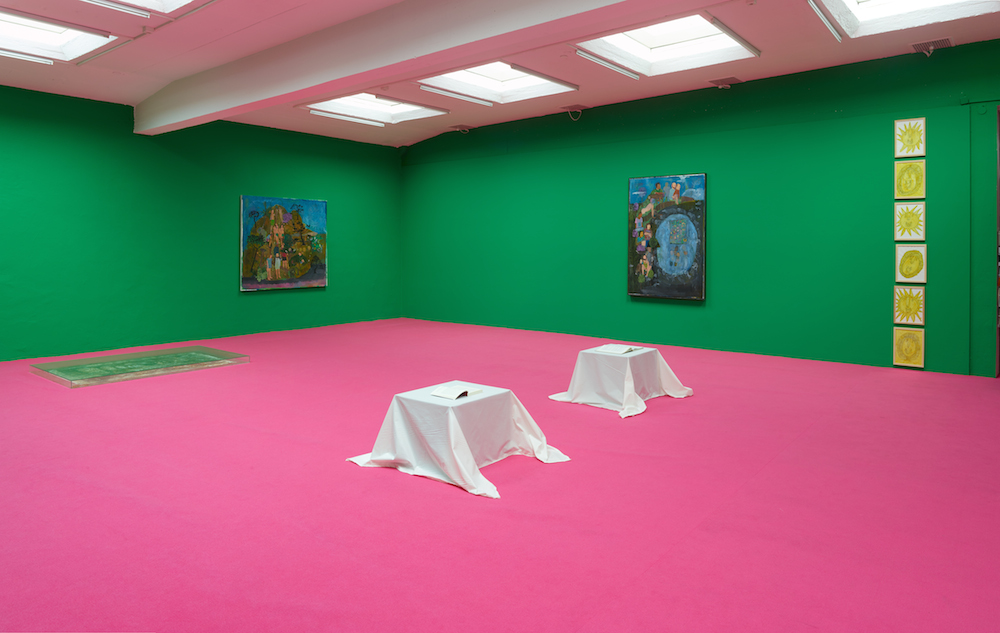 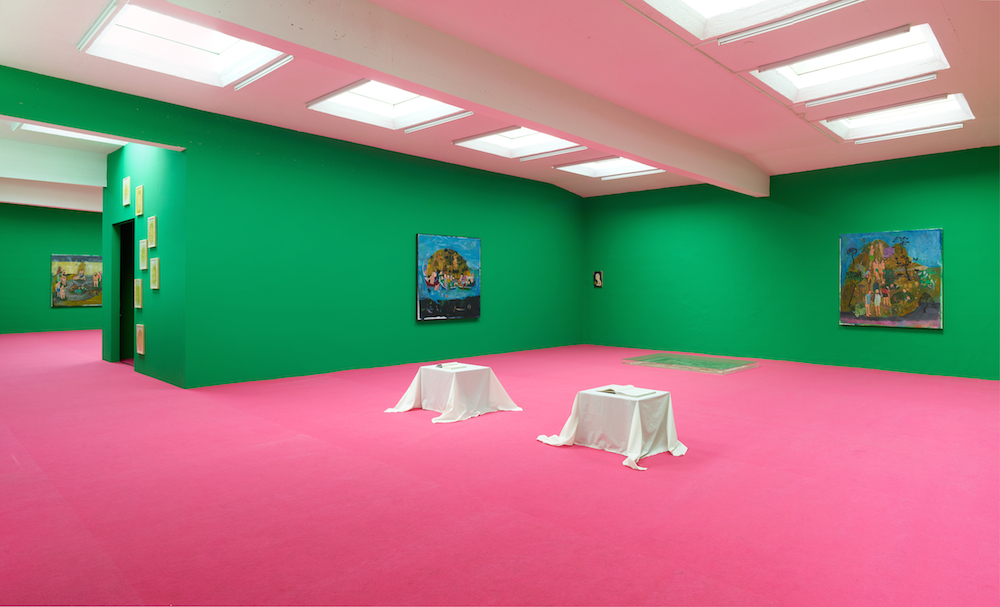 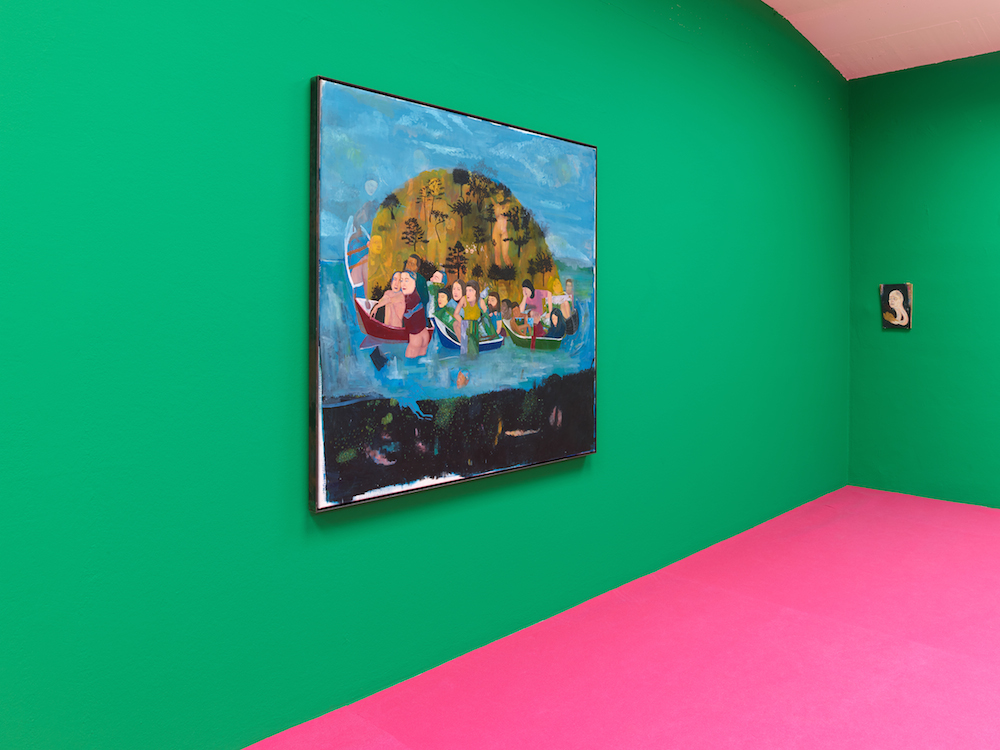 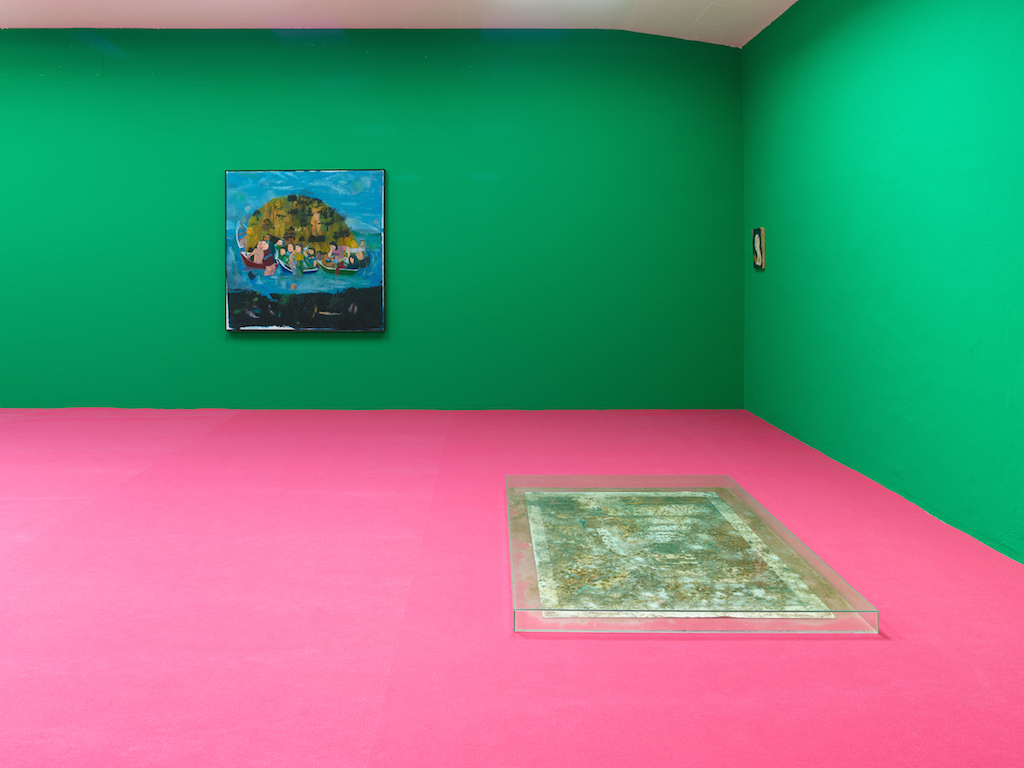 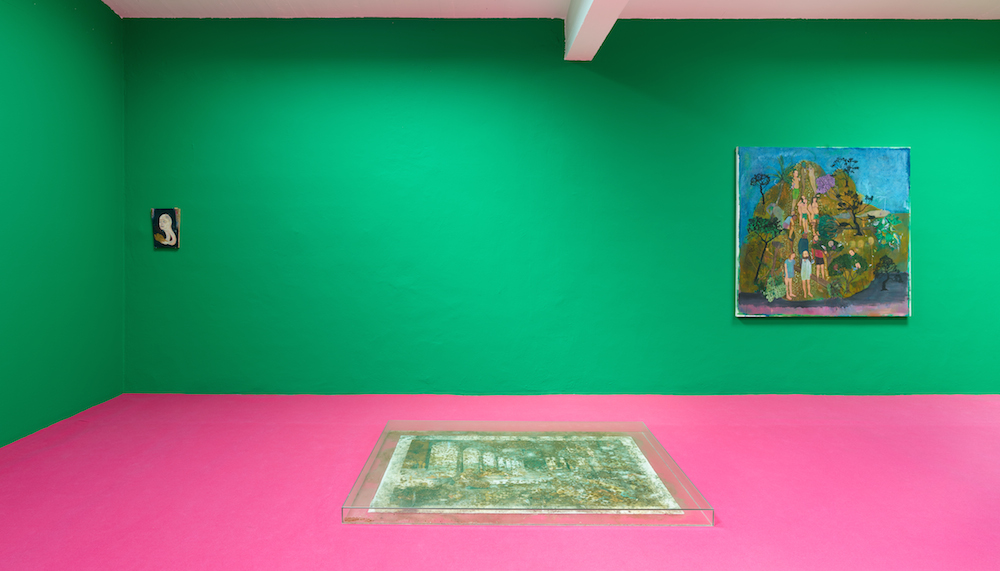 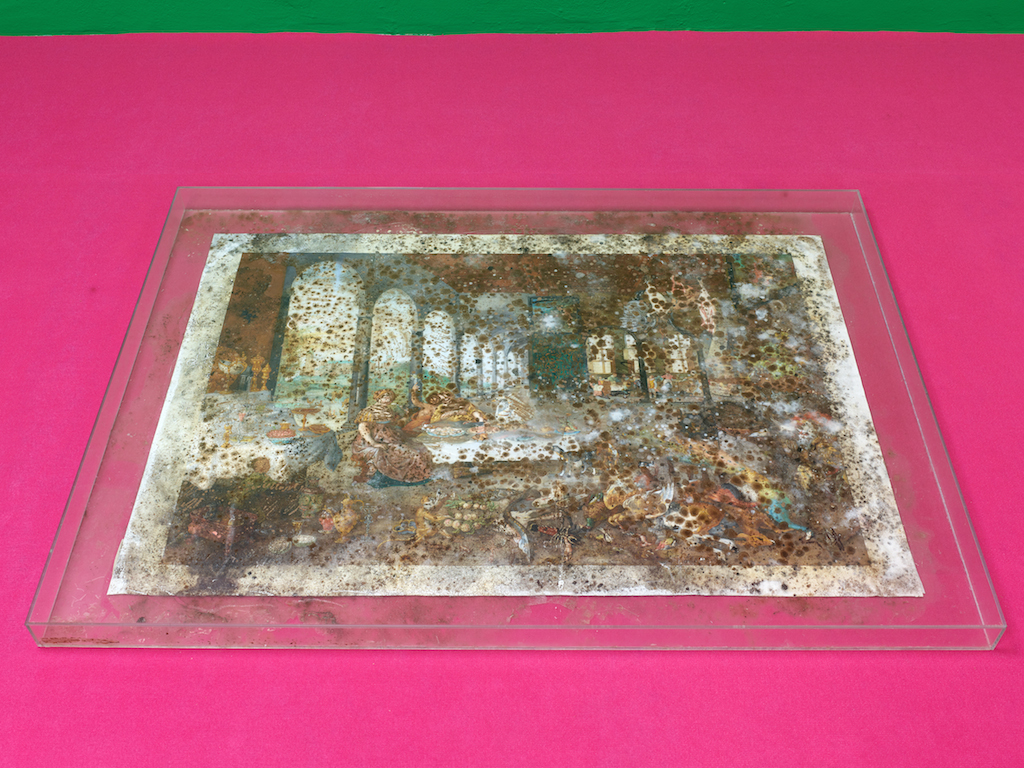 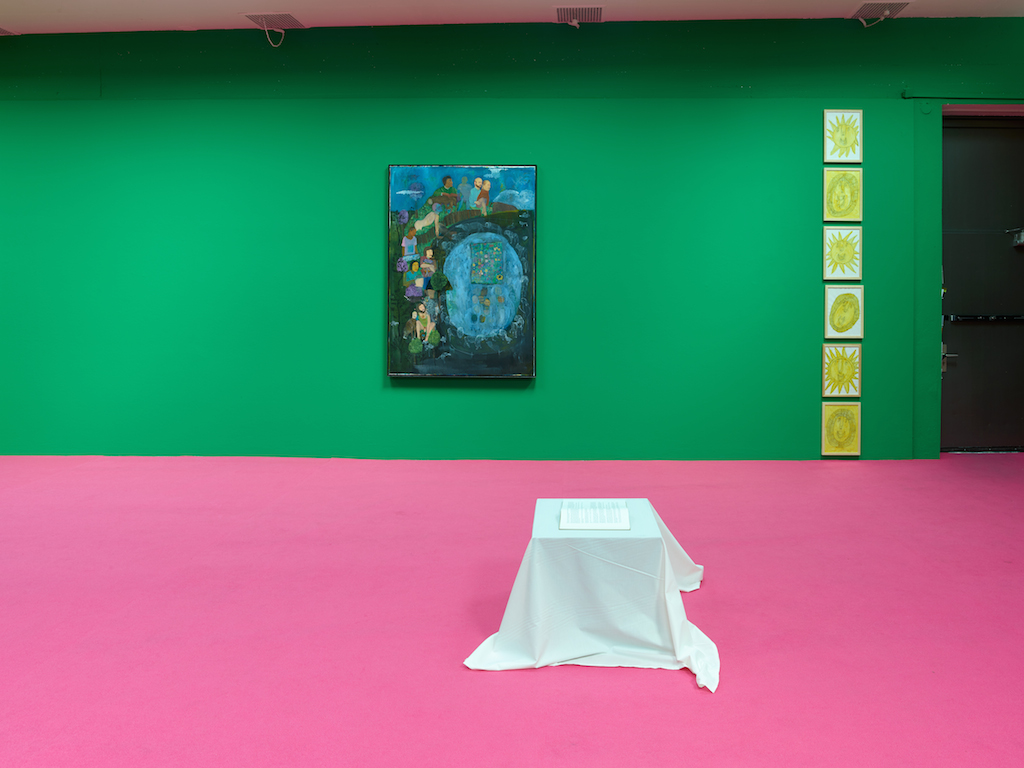 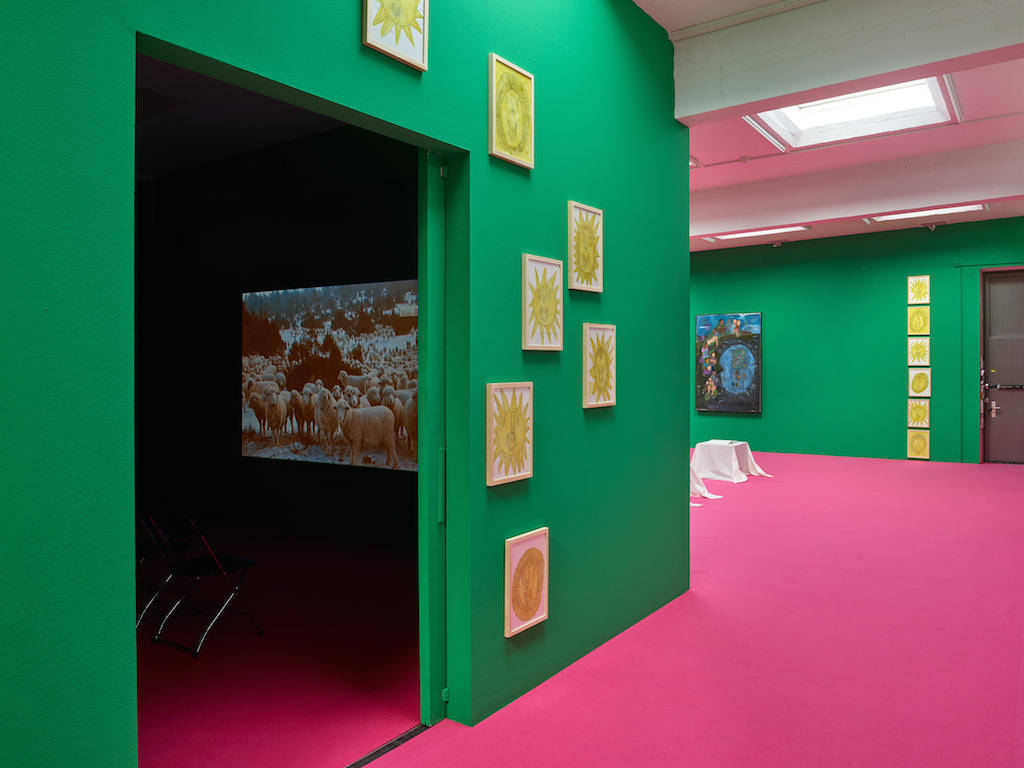 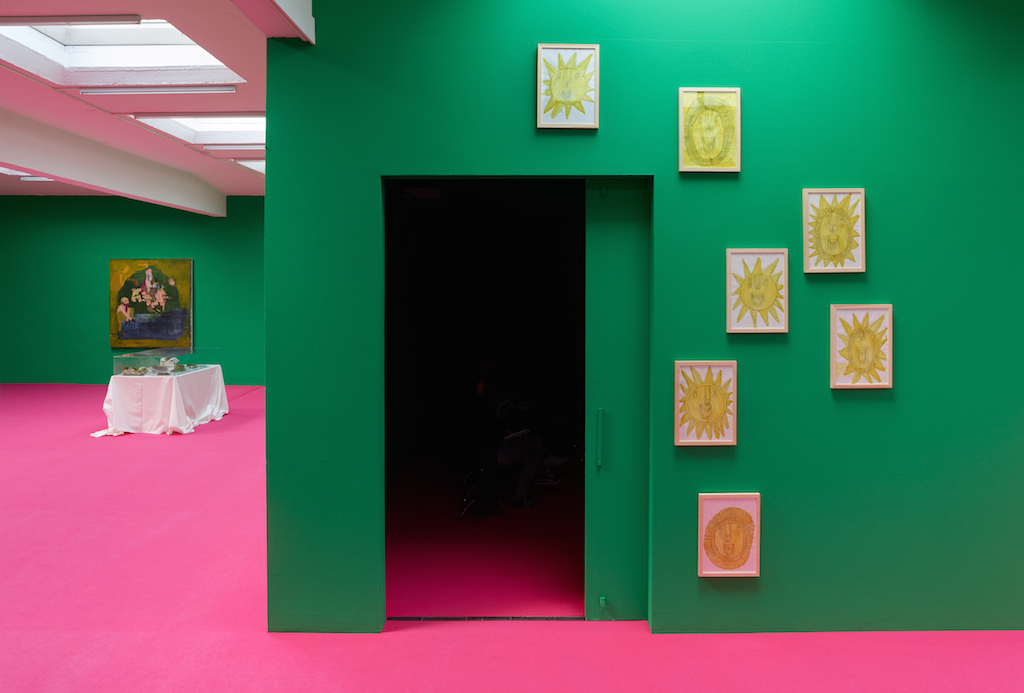 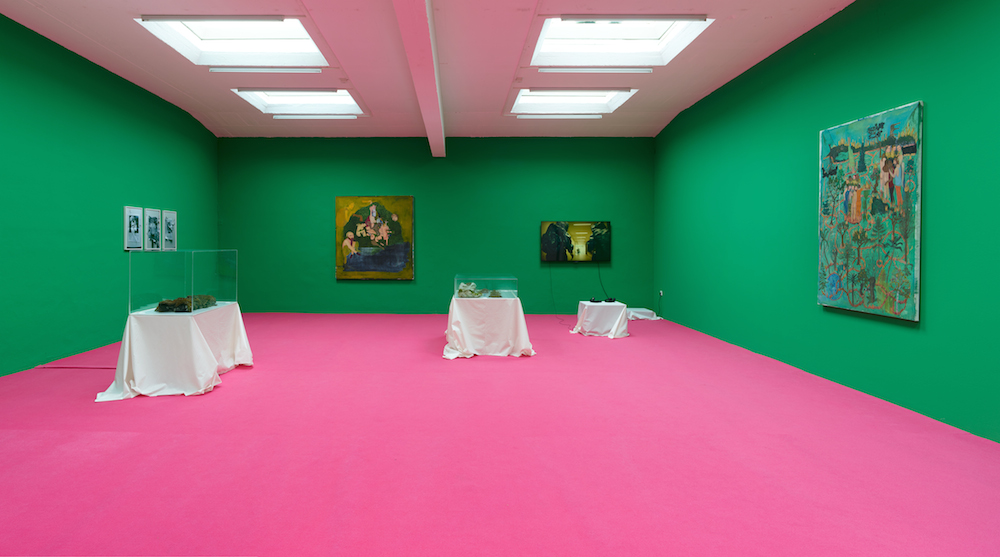 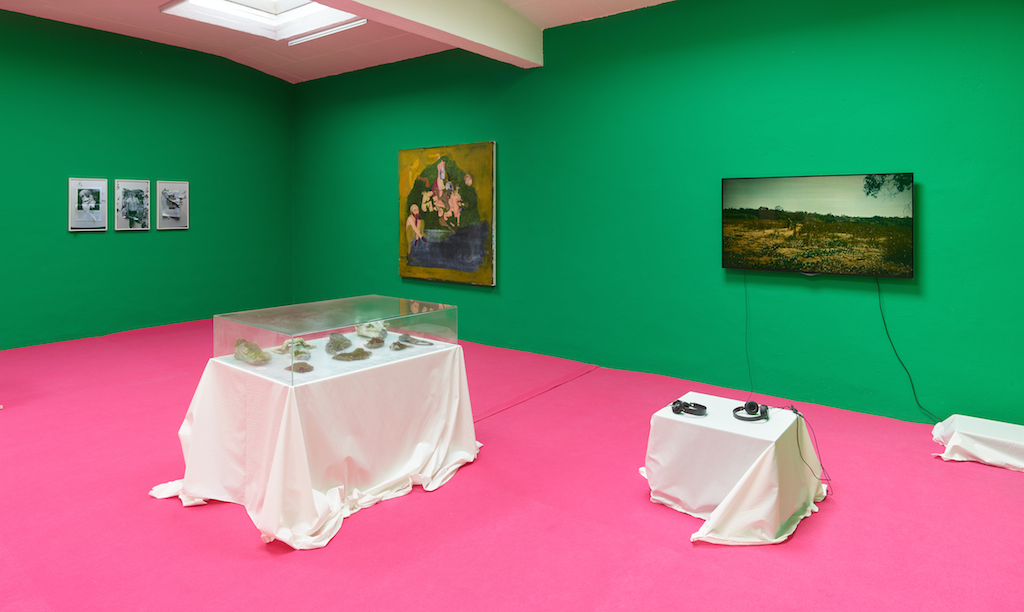 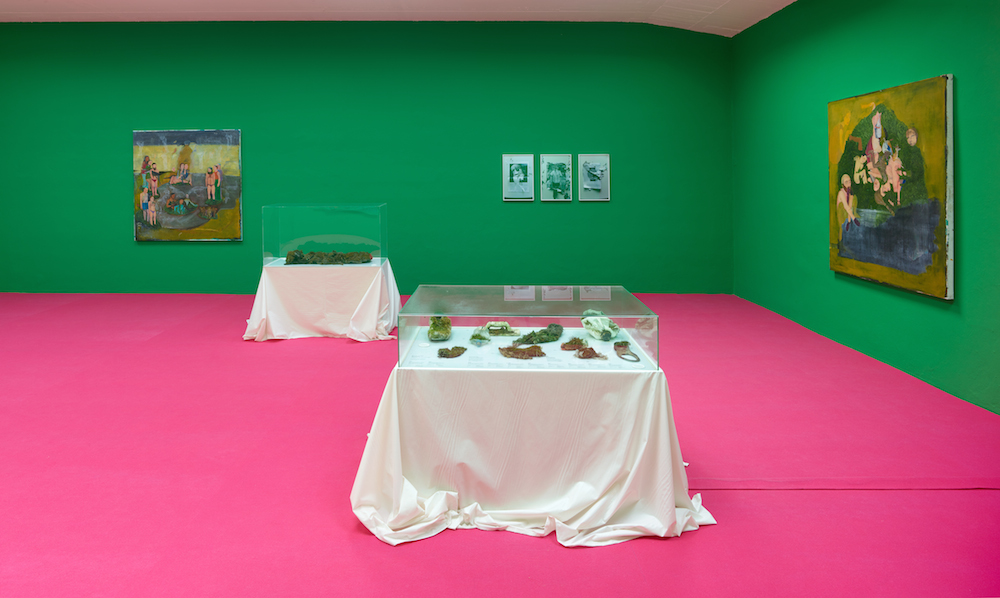 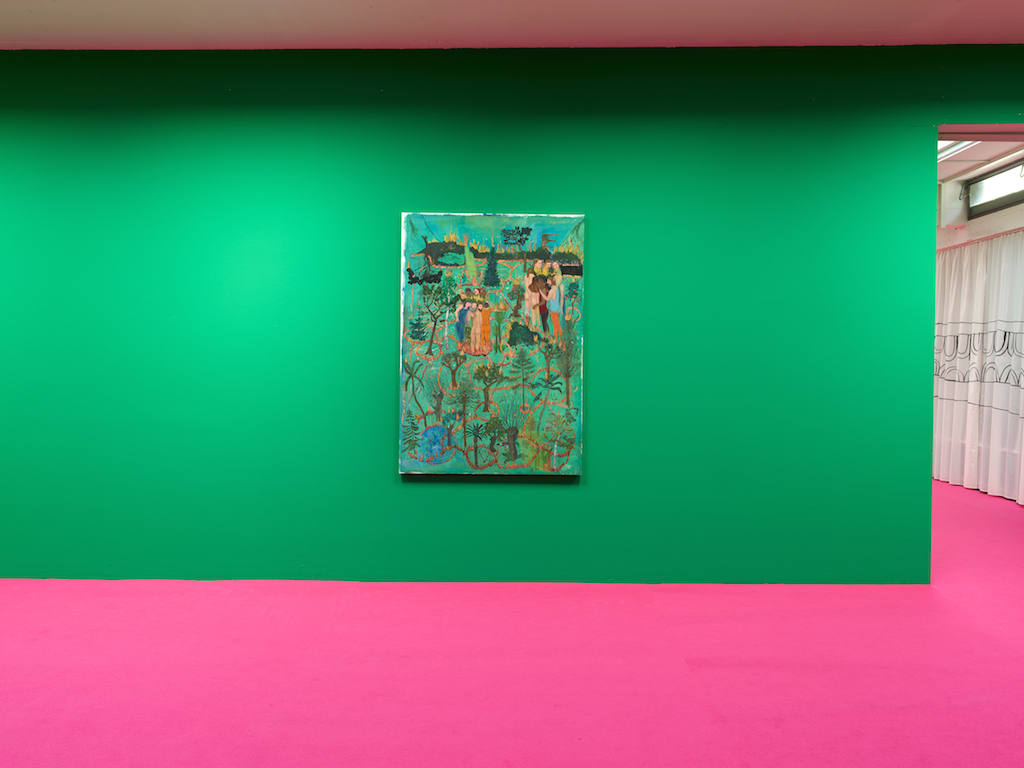 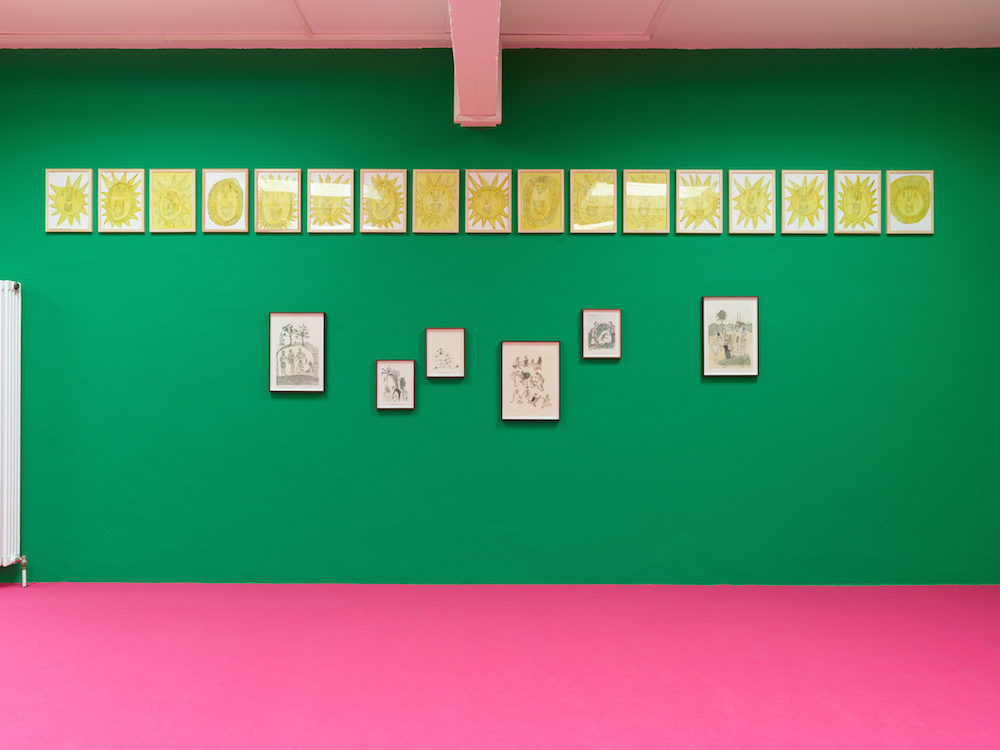 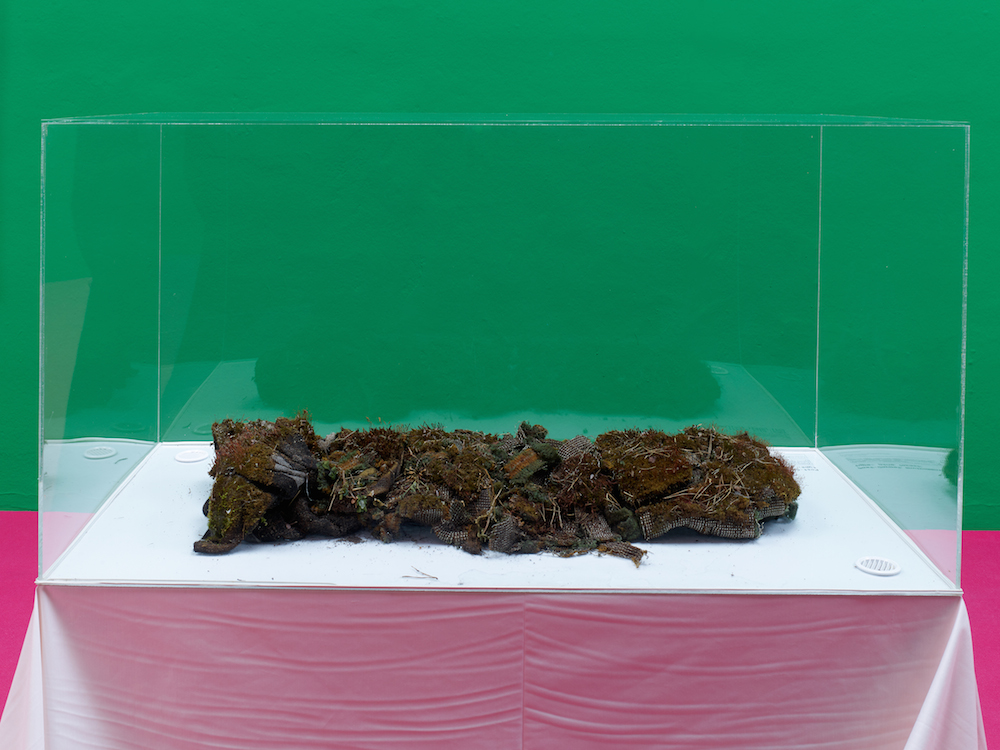 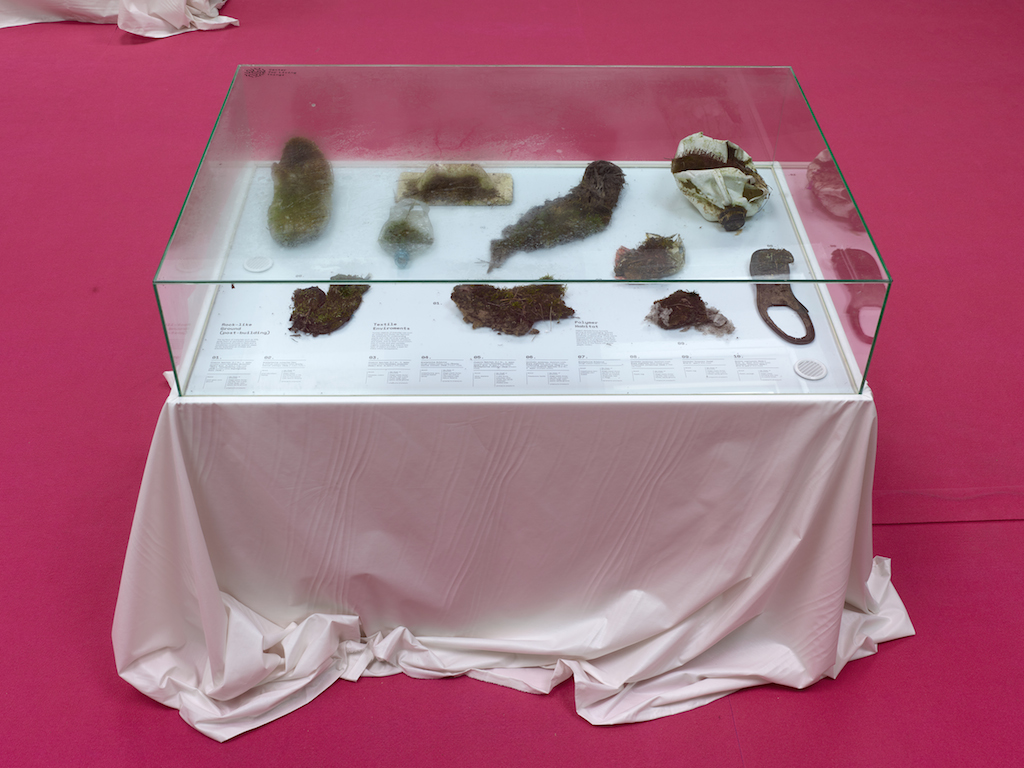 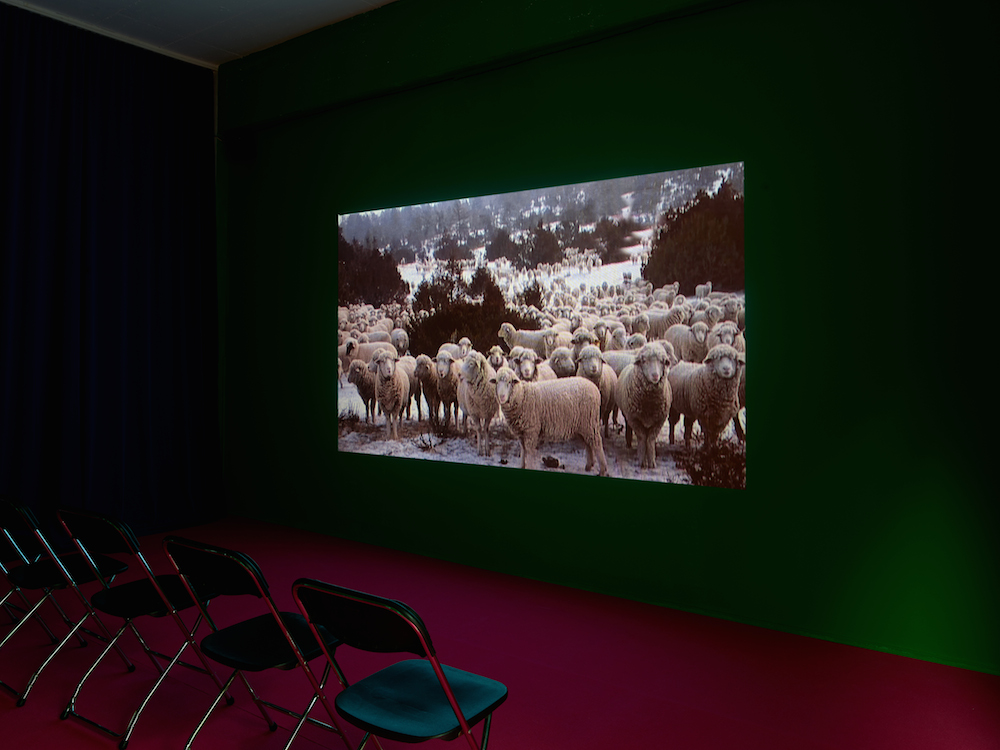