The lights come up on the same room, on Thursday evening on the 5th of June at half past seven, in our immediate present, as it is instantly clear from the appearance of the "Good Fairy" by Peter Sutter; and from nothing else. Something needs to be said about this. The action of the scene shuttles back and forth between an alterworld and the present world, between the spheres on Eva-Maria Kollischan's paintings and the sci-fi settings in Kim Collmer's animation films "Mercury Moon" and "Warm Jets". They all must share the room, without the additions and subtractions which should be normally expected. The general appearance of the room should offend neither world. In the case of props - key holes by Robert Haiss, Hartwig Schwarz' "Modified Ettore I (Nefertiti)" playing with the idea to be a radiating gate, "Scissors" by Nie Pastille etc. - there is no absolute need to remove the evidence of one world to make way for another. However, the world outside, we were told, has undergone changes.By the end of the scene one of the doors opens to admit "Pete Bondurant". His tendency is to dress flamboyantly. He carries a guitar. 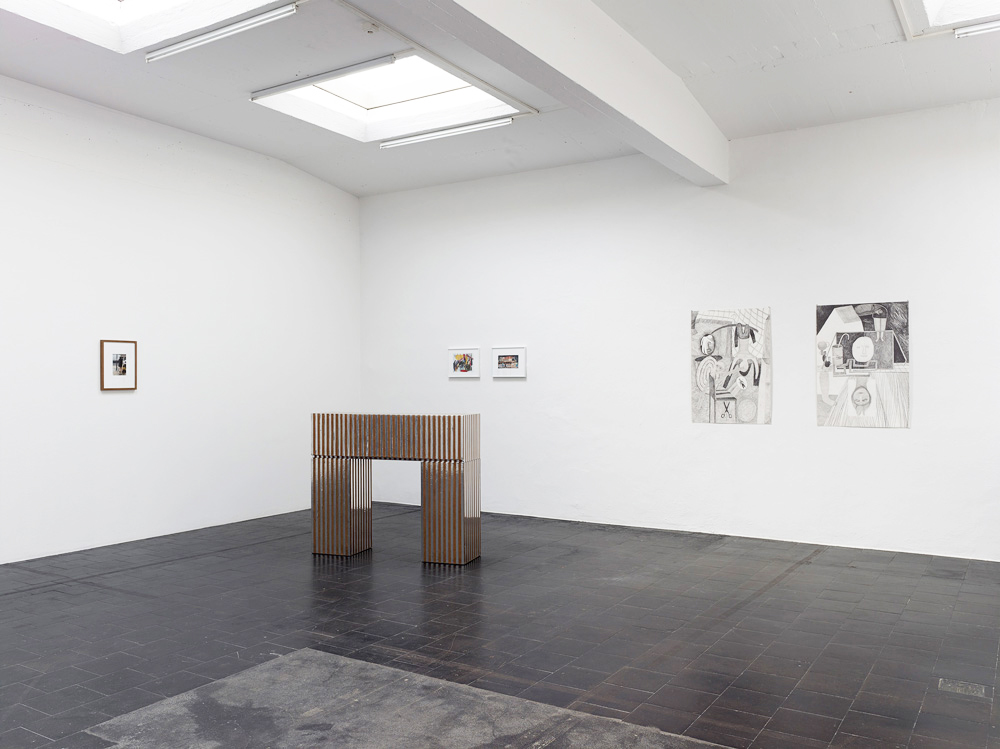 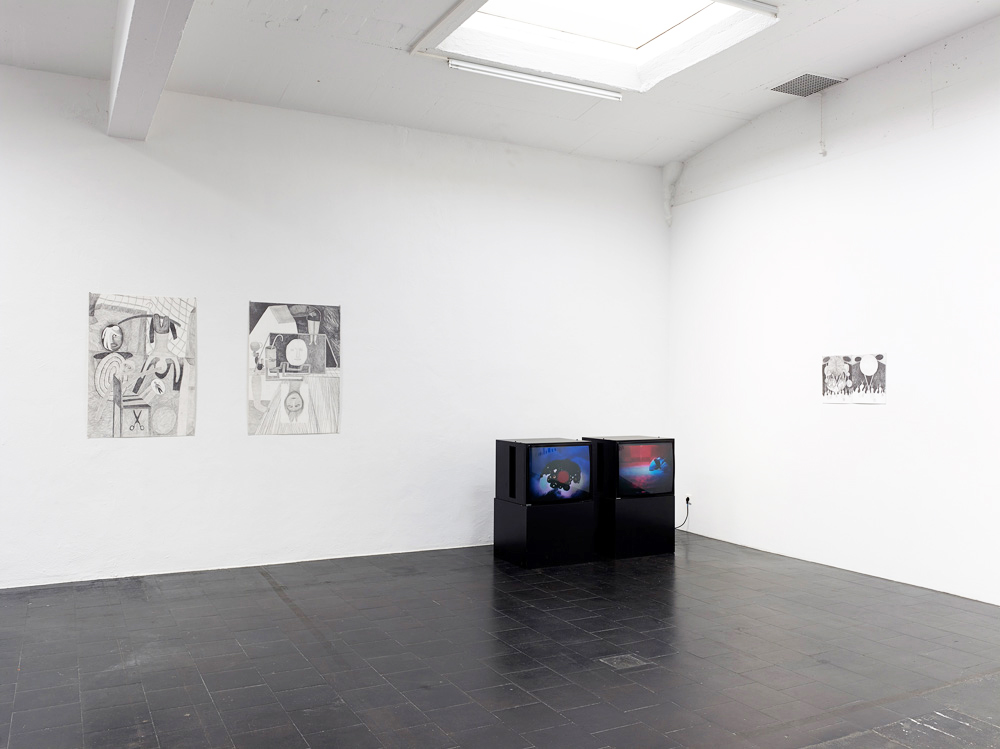 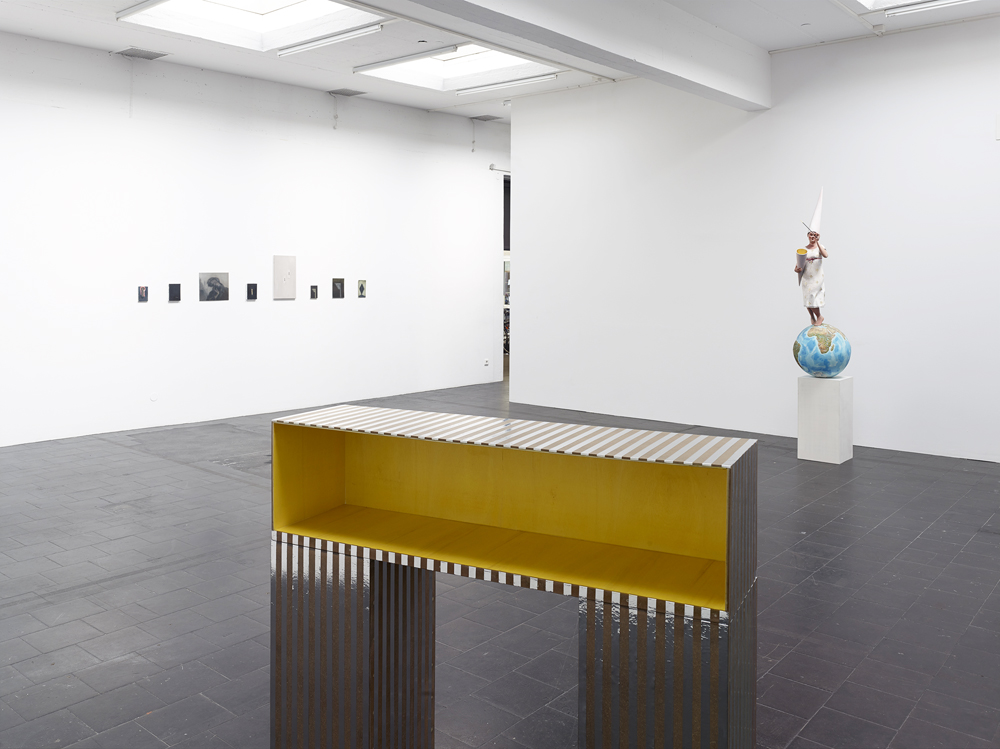 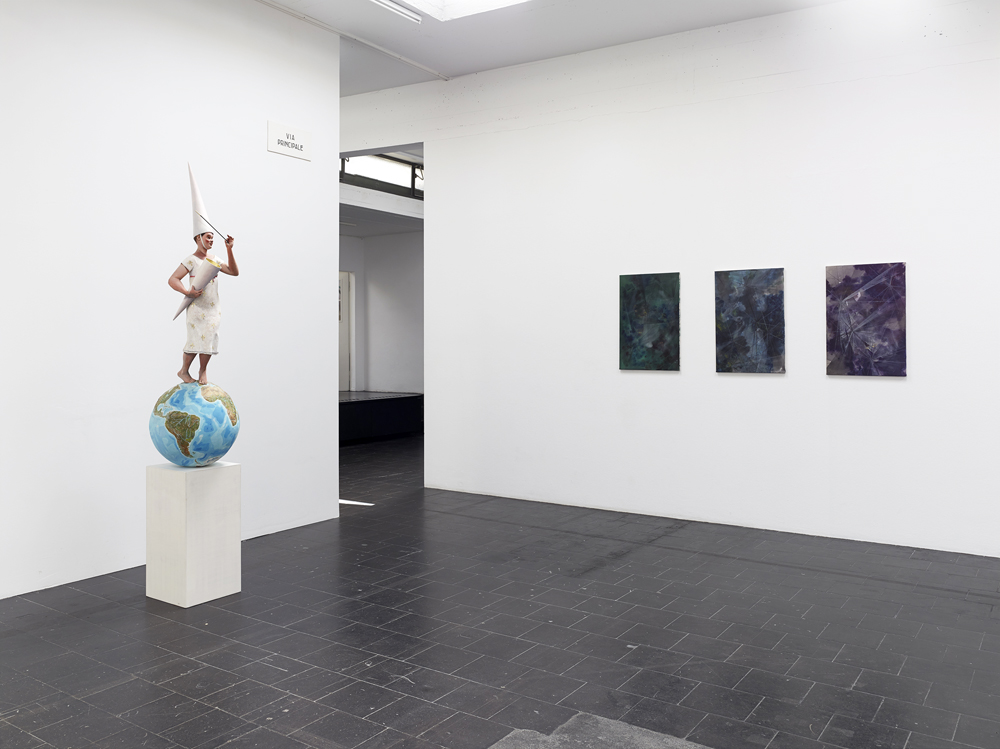