Sina Seifee: Ecologies of Nothingness
Thinking with traps and animal fables, the lecture performs the interruption of four stories with one another: “Urashima” by Usula Le Guin on the themes of time travel, loss of memory, and bad death, “Fox And The Fat” a story from Kalila and Demna about lures, traps, and becoming bodily, “Bambi” by Disney Pictures opening a politics of remembrance and trauma, and Ursula from Disney's “The Little Mermaid” suggesting a multisensorial call of evil. These stories are superpositions, different scales of distancing and spacetime mattering, that suggest ongoing topological dynamics of meaning, in which both human and animal are constituted.
Sina Seifee, born in Tehran in 1982, based in Cologne, Brussels, and Tehran, is an artist-researcher-storyteller working on poetics of animal description (ecological cosmologies of nonhumans-with-history).

Neozoon: Call of the Wild, 2017, 4 min
The multi-channel-video-installation CALL OF THE WILD deals with young people who practice a form of guttural expression. While the female protagonists are more longing for shapeshifting, the male actors are rather looking for a sound analogy to the animals within themselves. Together they perform a gesture of the wild.

Neozoon: Unboxing Eden, 2013, 5 min
YouTube collage about snake owners and the online reports of their love of reptiles. There are remarkable parallels from the first encounter onwards: pride, but also hidden fear – because who is actually in control?

Sin Kabeza: Carrie, the World's Most Famous Dancing Dog!, 2015, 22 min
Directed by Lissette Olivares & Cheto Castellano Sin Kabeza Productions
This short documentary features Carrie, the world's most famous dancing dog and her multispecies littermates. The OPEN TV crew and host Coco Rico travel to Santiago, Chile to learn more about the methods Carrie and her trainer, José Fuentes, have developed to create the spectacular dance repertoires that have garnered millions of views on youtube and television. We learn about the special affective bond developed between companion species while getting a front row seat to amazing doggie choreography.
"This documentary is so beautiful, full of loving details of a special relationship between Jose Fuentes and his talented dogs, Carrie, Sindy and the puppy Kalu. The tiny gestures of trust and mutual education fill the film, moving both ways between human and dog. Daily life is full of skillful and joyful achievements as well as a deep calm, as the partners build a robust web of respect, communication, and standards for living well for each other. Dance!” (Donna Haraway)

Sin Kabeza Productions is an interdisciplinary collective of artist and activist researchers dedicated to the production and dissemination of experimental transmedia. Their approach is to confront colonialities (race, gender, nature) through experimental strategies of decolonialisation via diverse mediatic interfaces.

Tatiana Czekalska und Leszek Golec: Implant I. Drosophila melanogaster, 1995, 2:04 min
Documentation of an artistic action at the “Wschodnia” Gallery in Łódź in 1995. The artists describe the action as a “petformance,” and claim to act merely as curators of the work. A device located inside an annex on architecture serves to pump sacramental wine with no added preservatives. The smell of fermentation attracts tiny fruit flies, who do not function merely as a component, but become authors of the work. Drosophila melanogaster is a species commonly used in genetics research; some of the genes of the species can also be found in humans. It was also one of the first insects used in bioastronautics and the first animal taken by humans to cosmic space. Fruit flies are killed in scientific experiments on a regular basis.

Tatiana Czekalska und Leszek Golec: Z dwóch energii dziwnie trzecia, 1996, 4:55 min
ReMASTERing is an installation created within the project Insect Home System [IHS], presented at the Art in General Gallery in New York in 2002. The device serves to transfer small living and sentient organisms to safer locations.The work concerns the presence of animals in art spaces: guests invited to the exhibition included people and cats. Tiny micro-organisms that inhabited the gallery were diligently collected and transferred to safer locations. The exhibition provided an opportunity to build the first Avatar made of gold. It is a small-scale device that serves to remove small living and sentient organisms, which in this life adopted unfavourable temporary bodies of insects.
An air ioniser and filter was installed in the floor of the room, whereas Implants in the walls served to spread valerian. The walls were covered with luminous white, which soothed the emotions brought inside from the external world. The space was particularly friendly to cats, which arrived there attracted by the smell of valerian.

Tatiana Czekalska und Leszek Golec: Re-master-ing, 2002, 4:46 min
ReMASTERing is an installation created within the project Insect Home System [IHS], presented at the Art in General Gallery in New York in 2002. The device serves to transfer small living and sentient organisms to safer locations.
“For Art in General Golec and Czekalska created a prototype of Avatar III. A plastic glove with a spherically shaped paw which relies on distribution from numerous easily accessible feeders. It is a cheaper supermarket version of the previous Avatars I and II, designed for wealthier clients. Easily available, Avatar III will be a device that everyone can afford. The installation by Golec and Czekalska at the 4th Floor Gallery was designed in the form of a pure white cube. Attentive viewers were able to notice mysterious softly shaped apertures in the gallery walls beside the Avatar III cast. Cast in plaster and visible only from the outside, they were characterised by softness and shape akin to the human body or organic forms. Their shape merged seamlessly with the wall structure; the apertures were said to have an interior that could be used by animals and insects as shelter.” (Aneta Szyłak)

Justyna Górowska: Iris und Reks, 1:56 min
"Iris and Rex are dogs with whom I associate a strong emotional relationship. I recorded on camera our sensual and highly sensitive play in which I’m not afraid to lose my autonomy. The presented video performance is accompanied with the classical music opera Duo des flours. Animals lick milk from her body, licking her face, the language of man and dog meets in an interspecies kiss. This image from one side comes directly from pornographic performances, refers to transgressive "interspecies porn", on the other he develops a kind of transhumanist utopia, which disappears difference between what "human" and "inhuman". Man regains contact with his animal basis, it creates with other animals authentic "ethical" community." (Jakub Majmurek)

Justyna Górowska: FW JG, 11:55 min
"The work was inspired by the photographs of Francesca Woodman. I went beyond the medium that she used. I tried to identify with her, incarnate in her character. In this way the presented work has become a record of experience, attempts of searching the border between being and non-being. My attempt to become someone else (at the same time already absent) is continuation of her considerations. She also analyzed this heavy to determine space of presence. Compassion which connected me with her turned out to be stronger than I thought. I also found that the topic of being goes far beyond the palpability of viewed images. The cycle has its beginning in 2009 and continues until 2015." (Justyna Górowska) 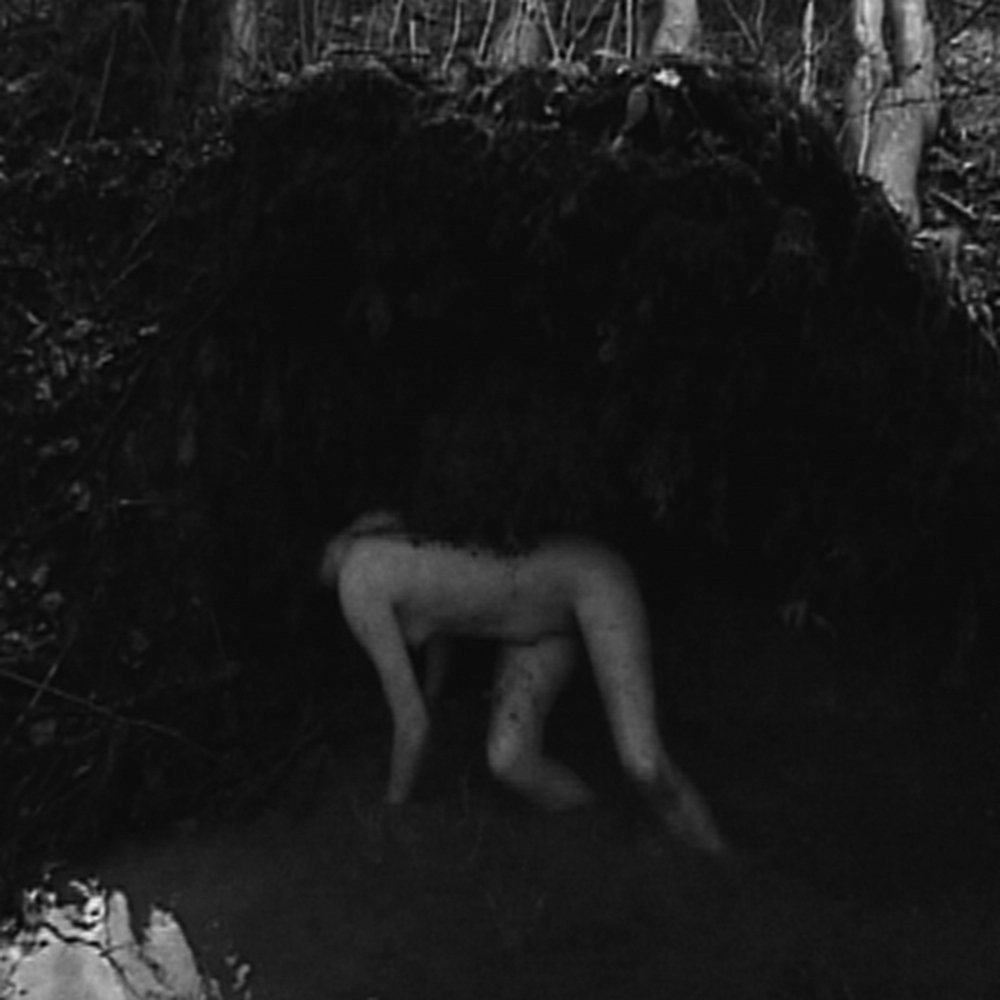