The exhibition “Wawel Castle Centre for Contemporary Art: The First Decade” presents the collection of the Wawel Castle Centre for Contemporary Art, a unique imaginary art institution located at the Wawel Royal Castle in Kraków. Challenging the nationalistic-Catholic discourse around the Castle, artists involved in the project appropriate selected existing elements of the location claiming them to be their own artworks. A collection of ready-mades, stories and myths emerges. As the Castle itself is changing, so the works in the collection transform over time—narratives are adapted to the situation on the basis of “creative constraints” (analogous to the “constrained writing” practiced by OuLiPo). The use of resources is minimal: no transports are needed and no materials are used for the production of artworks.

The guided tours are conducted by the artist Frank E. Geier, who during each tour performs Michał Gayer's performance “Please, come closer!” (which itself belongs to the Centre's collection).

Frank E. Geier was born in 1987 in Kaiserslautern (D). He lives and works in Brühl and Cologne. Frank E. Geier reflects on socio-political problems and explores the friction between conflicting political agendas with regard to traditionally underrepresented groups and society as a whole. As material for his work, he uses the rich reservoir of contemporary medical history as well as current discourses on interculture and linguistic representation. As a child of Russian-German working-class parents and a trained doctor, Frank E. Geier lives the tension between class, origin and identity, which is reflected in his multimedia work using video, performance, text, objects and drawings. From 2013 he was involved in various productions at the studiobühneköln, Academy of the Arts of the World in Cologne and steirischer herbst. A collaboration connected him u. a. with the artists Christian von Borries, Alevthina Kakhidze, Boris Bakal, Lili M. Rampre, Ulf Aminde and the group Bread & Puppet Theater. He also showed his own solo projects and collaborations at the Academy of the Arts of the World in Cologne and studiobühneköln, as part of the Cologne Theater Night, at the festival Florenzenminutes, at the Schauspiel Köln and at the Kulturzentrum bei den Minoriten, Graz. 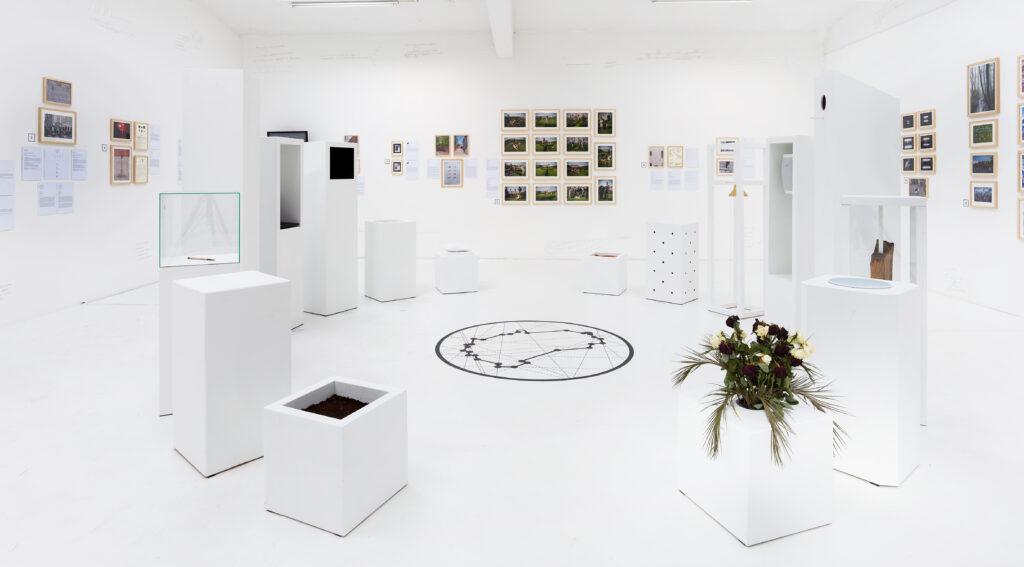