For their presentation Mariana Caló and Francisco Queimadela will give an overview of their collaboration and showcase two of their key works to date, their open-ended project "Gradations of Time over a Plane", composed of visual reflections on the notion of time, in form of chapters, mental-drifts amidst memories, predictions about the future and formulations of the imaginary, and "The Mesh and the Circle", a fragmentary film immersed on the idea of transformation of matter, which generates a series of connections, in a game of interplay between forms of magic, pleasure, geometry, symbolism and labour.

Mariana Caló (born 1984 in Porto) and Francisco Queimadela (born 1985 in Porto) studied at the Fine Arts Academy in Porto. They have been collaborating as a duo since 2010. Their practice is developed through a privileged use of moving image, intersecting installation and site-specific environments. Selection of recent exhibitions: 2017 Museum of Image, Braga; 2016 Kunsthalle Lissabon, Lisbon; Contemporary Gallery, Museum of Serralves, Porto; 2015 National Gallery of Prague, Prague; CIAJG, Guimarães; 2013 Villa Romana, Florence; O’Artoteca, Milan; 2012 Gasworks, London. 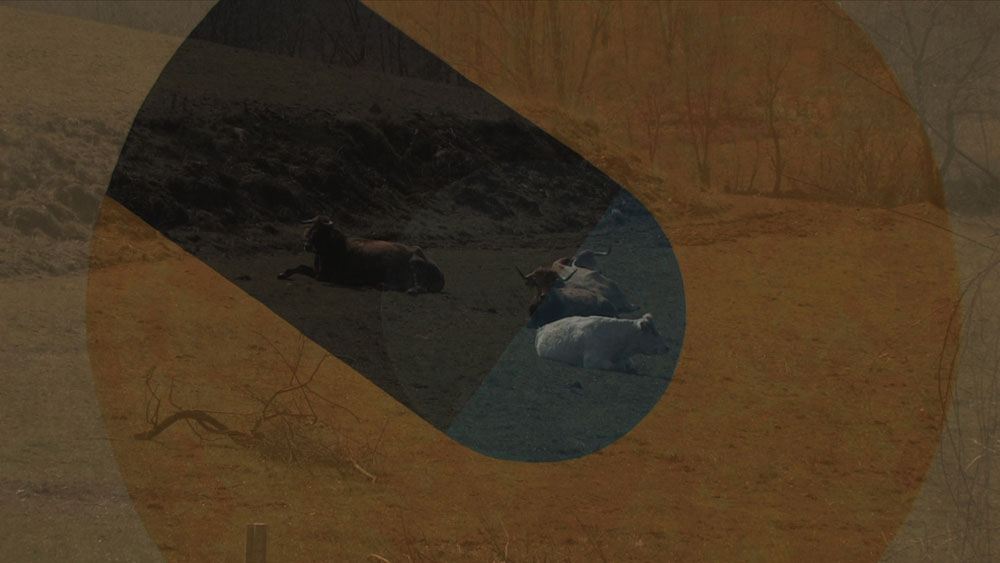