Seminar in collaboration with the Global South Studies Center, University of Cologne
Curated by Anja Dreschke and Aneta Rostkowska

Founded in 2006 at Harvard University by Ilisa Barbash and Lucien Castaing-Taylor, the Sensory Ethnography Lab (SEL) has not only expanded the concept of ethnographic film, but also the general conception of documentary film. According to Scott MacDonald, the goal of these ethnographic filmmakers is "to capture at least some of the sensory elements of culture... and to evoke the complex, multi-faceted experience of existence within that culture" (Avant-Doc, p. 374). This, of course, contrasts sharply with what is commonly thought of as ethnographic cinema, e.g. taking an explanatory stance and starting from a fundamental intelligibility of what is portrayed. The movies created by SEL deny any easy categorisation combining artistic, ethnographic and documentary elements. They are being shown in anthropology classes but also in exhibitions of visual art (like for example Documenta in Kassel). The filmmakers very often use a decentered, nonanthropocentric approach focusing not on humans as privileged actors in the world but rather on affective relations among various elements of our environment.

The current exhibition at Temporary Gallery – "Heart of an old crocodile exploding over a small town" – presents one of the first movies referred to as 'sensory etnography' – "Sweetgrass", a film about 'last cowboys' leading their sheep in the Montana mountains. On the first day of the seminar, we will host a filmmaker whose movies can be classified as sensory etnography – Laurent Van Lancker. On the second evening we will take a closer look at the movies of SEL.

All movies will be preceded by an introduction and followed by a discussion.
The seminar is accompanied by a reading list (optional). If you would like to receive the texts, please write to info@temporarygallery.org.
Drinks and snacks will be provided.
The two parts of the seminar can be attended separately

Laurent Van Lancker: Kalès, 2017, 60 min
An intimate and inside perspective of the ‘jungle’ of Calais, evoked through a polyphony of men, tales and atmospheres. A sensory journey through the social life and survival strategies of migrants. A film of wind and despair, of fire and solidarity, of hope and hell. Sharing the daily life of migrants, on numerous visits during the entire duration of the ‘jungle’, and often using a collaborative methodology (images and narrations partly produced by the migrants), the director Laurent Van Lancker, proposes a film that is both poetical and political, evoking an untold and internal perception on the faculty of adaptation and social life of migrants.

Laurent Van Lancker: Surya, 2006, 76 min
Once upon a journey, ten contemporary storytellers of different cultures create an imaginary epic story. They each draw on their own style and own language to prolong the life of a nameless hero. The aromas of cultures, the taste of words and the perfume of travelling carry us from one storyteller to the next.
Like an epic story, this film oscillates between imagination and reality, the inner world and the outside world, documentary and fiction.
An ode to orality.
This impressionistic film is the outcome of an overland odyssey by public transport from dusk to dawn, through Europe and Asia (Belgium, Slovakia, Turkey, Syria, Kurdistan, Iran, Pakistan, India, Nepal, Tibet, China, Vietnam). An audio-visual performance where imagination and creativity travel across borders.

Ilisa Barbash and Lucien Castaing-Taylor: Sweetgrass, 2009, 101 min
An unsentimental elegy to the American West, Sweetgrass follows the last modern-day cowboys to lead their flocks of sheep up into Montana’s breathtaking and often dangerous Absaroka-Beartooth mountains for summer pasture. This astonishingly beautiful yet unsparing film reveals a world in which nature and culture, animals and humans, vulnerability and violence are all intimately meshed. “The film brings you into the violence of creation on scopes both large and small. In one scene, we witness the darkly comic birth of a lamb, assisted by a ranch hand, in close-up. The lamb is born into a circus of chaos—bleating choruses of sheep, humming machinery, cowboys tossing slippery infants on top of one another—and we see the awkward difficulty of a shepherd’s task. At another point we witness the same type of chaos, of man against nature, as a panoramic shot is underscored by the frustration of a cowboy attempting to wield nature. In a futile effort to herd his sheep up a hill, the cowboy screams a slurry of curses so creative that you wonder if you might be witnessing a contemporary Greek tragedy. From a distance we see the little specks of white wool scatter up the mountain from a valley, the cowboy utterly furious in all his limitations, as a massive cloud slowly moves into frame over the valley, asserting its cosmic reign.” (Brian Watkins)

Lucien Castaing-Taylor and Véréna Paravel: Leviathan, 2012, 87 min
A documentary shot in the North Atlantic and focused on the commercial fishing industry. The film is a vertigo-inducing study of the human relationship to the sea, filmed by equipping a fishing boat with numerous cameras and devices. The decentering achieved in the film evokes mythologies of the sea, while also addressing urgent contemporary concerns regarding the place of the human in the cosmos and within a future ecology.

Laurent van Lancker, born 1969 in Brussels, is a filmmaker and lives in Brussels. He studied both Film and Anthropology, and holds a PhD in Audiovisual Art. He lectures at filmschools (INSAS – Brussels, Film Academie Amsterdam, UMAS – Split) and universities (FU BERLIN, WWU Münster). His films explore inter-cultural dialogue by means of using various collaborative and sensorial strategies. His most famous work is the long-feature documentary "Surya", which has won some international Awards (Golden Deer and Audience Award at Rodos Film and Visual Arts festival, and the SCAM prize), had a theatrical release and was shown worldwide in many major festivals (Paris, Leipzig, Dubai, Durban, Mar del Plata, Montréal, St. Petersburg, Ghent).

Anja Dreschke is anthropologist, filmmaker and curator. Her research interests and publications include visual and media anthropology, with a focus on the theory and practice of audiovisual media at the intersection of experimental ethnography, essayistic film and artistic research. Currently she is research fellow at the Department of Media and Cultural Studies at the Heinrich Heine University in Düsseldorf. Her ethnographic documentary film TRIBES OF COLOGNE (Die Stämme von Köln, 2011) which she realised as part of her doctoral thesis, was screened at several international film festivals, had a cinema release and was broadcast on TV. She did research on media practices of Reenactment (transcript 2016, et al.) and on ecstatic practices and mediumship in the reserach project Tance Mediums and New Media (2007-2017) at the University of Siegen. Here she realised the video installation Trance Media (2012, with Martin Zillinger) and published the volume Trance Mediums and New Media. Spirit Possession in the Age of Technical Reproduction, (Fordham 2015, with Heike Behrend & Martin Zillinger), among others. Her curatorial works are situated between anthropology, film and art, most recently the exhibitions Michael Oppitz. Bewegliche Mythen [Michael Oppitz. Mobile Myths] at the KOLUMBA – Kunstmuseum des Erzbistums Köln (2018, with Barbara von Flüe) and I See, So I See So. Messages from Harry Smith at the Temporary Gallery in Köln (2015, with Regina Barunke). 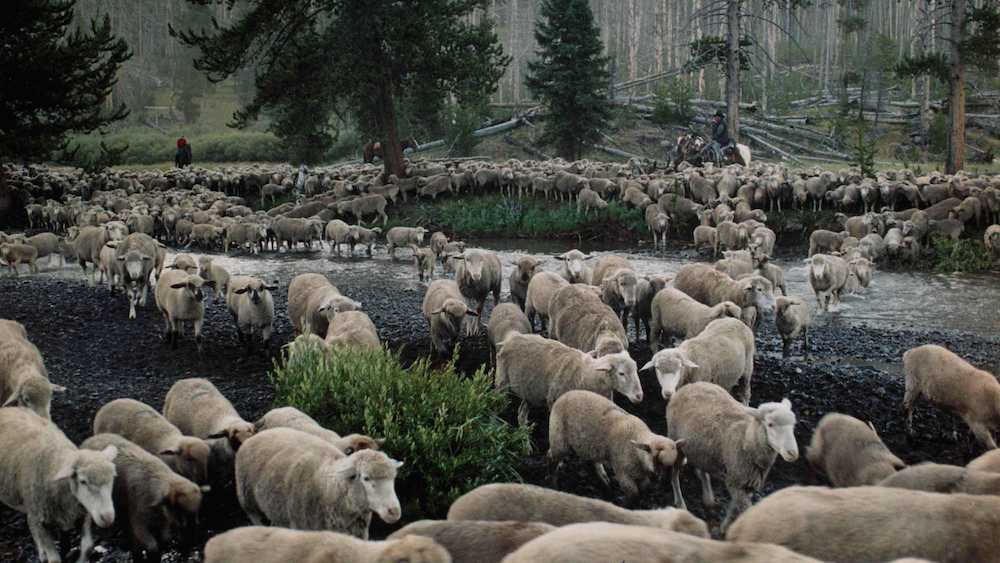