CCA Temporary Gallery invites you to visit the solo exhibition dedicated to the work of performance group katze und krieg (“cat and war”). The work of the duo, which has
presented countless performances locally and internationally over the past 15 years, is reflected here in the form of a small retrospective showing mostly video documentation. The presentation is intended as an opportunity to summarize and reflect on almost the entire work to date of katze und krieg, who very consistently enchant us with their performances, prompting us to see urban spaces and our lived environment in a different light.

katze und krieg work with interventions into everyday situations in public space, including in supermarkets, office buildings, residential areas and pedestrian zones. In their work, they boldly examine the functions of these common spaces and invite passers-by to question their usual understanding of them. They remind us that public space belongs to everyone, and everyone has a right to shape it, not just the privileged few. Their artistic practice might be seen as an attempt to democratise public spaces (as spaces of commoning), invoke a feeling of agency in its users and encourage them to use these spaces in a subversive way –rather than just adhering to all the sometimes absurd rules imposed by the state and society. The performances of the duo involve a certain rebelliousness and captivating intensity: the more rules are imposed, the more intense it feels to break or subvert them. What they also encourage is a reflection on the character of public space: How public it is, really? Which rules make sense and which do not? Who decides on the rules? How did a specific rule come into existence?

Entering a private parking area not on foot but on an improvised carriage (“playing around”)? Why not? Why are there so many private spaces in the centres of our cities, and why are the divisions between private and public so strong in some countries?

Using McDonald’s as your own canteen and eating the food you brought with you there (“ iding the cheetah”)? Why not? Where should you sit if there are not enough benches and tables in the city? Were they removed because bars and cafés do not want to have competition? Or maybe because houseless people were sitting on them? In the case of the latter being correct – did this solve the problems of people experiencing homelessness? No. They are just less visible. And now no one has a place to sit.

Licking a cash machine while greedily breathing (“release your inner animality”)? Why not? After all, there are cash machines everywhere for common use.

Doing calisthenics in the supermarket (“riding the cheetah”)? Why not? Society does ask you to be efficient all the time.

Three people hugging in the main shopping street for a long stretch of time (“Money.Experience.Satisfaction.Now.”)? Why not? The city centre should be a place for
encounters and not just for shopping.

Bollywood-style dancing in the middle of a heavily trafficked intersection (“after sunset”)? Why not? Why is so much space in the city dedicated to cars and not to other needs and activities?

Through a variety of sometimes hilarious but also moving human interactions the artists challenge the alienation of the individual in public space and show that it can still be the site of meaningful and surprising encounters. After all, it is in the public space where all the different groups in our society meet and interact. The capitalist mechanisms of segregation and of exclusion (gated communities etc.) result in a certain homogenization of public spaces (a space being inhabited by a single social group). But these mechanisms are not fully successful: in public space we can still meet people outside of our social group, people we would never meet at work or in our leisure time. Here we can still interact, challenge each other and learn how to live together – despite differences regarding identity or class. Over the
course of 15 years in their work, katze und krieg have become masters of conversation, sometimes more and sometimes less casual, but always able to convince members of their often random audience to, for example, help them climb a tree or play “hot and cold” with the receptionist of a hotel (both in “playing around”), engage in a hide-and-seek game with an office worker (“in the company”) or join a mysterious community whose goal is to fulfil their needs (“harem”). In these unusual behaviours and encounters a poetic potential reveals itself – moments of unexpected beauty (marching through the city in red coats found by chance on the street in “playing around”), wild freedom (kissing a stranger preceded by melancholic music in “before we die”) or scenes like in a movie (the play of trading gazes with a distant observer in “harem”). The artists are like magicians: in a space that previously seemed uninteresting or even boring, they are able to conjure up exciting inspiration for different
types of adventures. The audience is invited to accompany the artists on their way and sometimes to participate as well. Through the honest set-up (the frame of the performance is visible, microphones and cameras are not hidden), participation feels like joining a more or less safe game, everything is allowed, what is required is only a certain openness for the new, a sense of humour and finding joy in absurd interactions.

In documenting the artistic work of the duo we face the typical problems with documenting performance art: the presence of a camera can change the course of a performance, so not all performances have been recorded. As a result, there are many moments that are not documented at all. What are left are the memories of the audience, along with the emotions and thoughts accompanying them. For this exhibition we collected memories of past performances of katze und krieg and present some of them in the exhibition space. We received many emails with anecdotes, photos and personal reflections. What this way of documenting showed us is that – in contrast to photos and videos – the documentation is filtered here through the individual character of a person, the memory is infused with specific observations and emotions. Photos and videos also have this subjective layer, of course, but in the written memories we received this layer is more present. In a way we learned that we
would love to experience more performance documentations of this kind: sharing how an artwork entered the personal space of the viewer, how it constituted itself between the subject and the object. 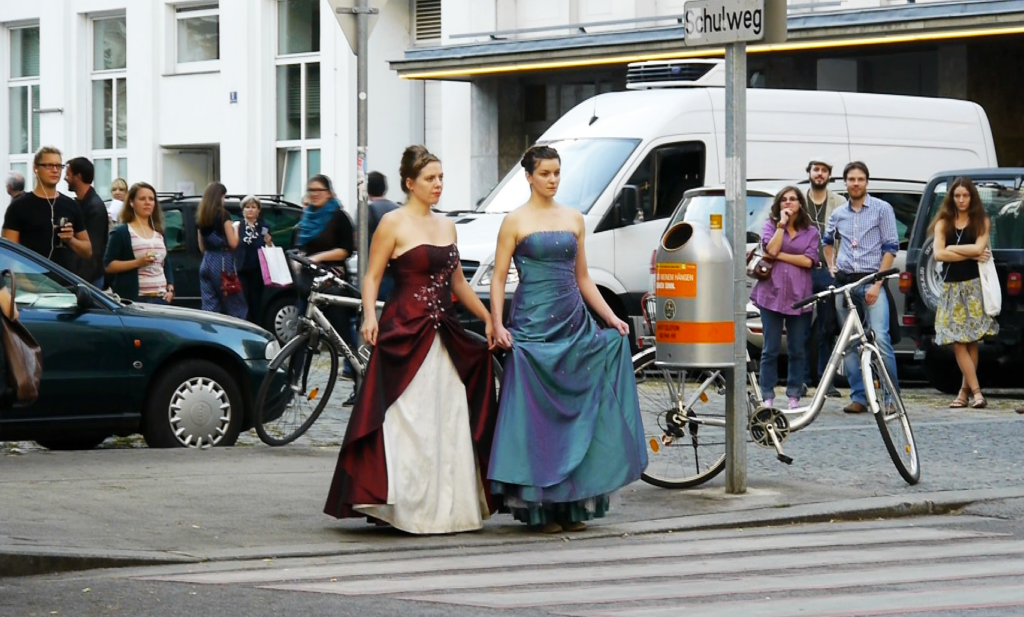 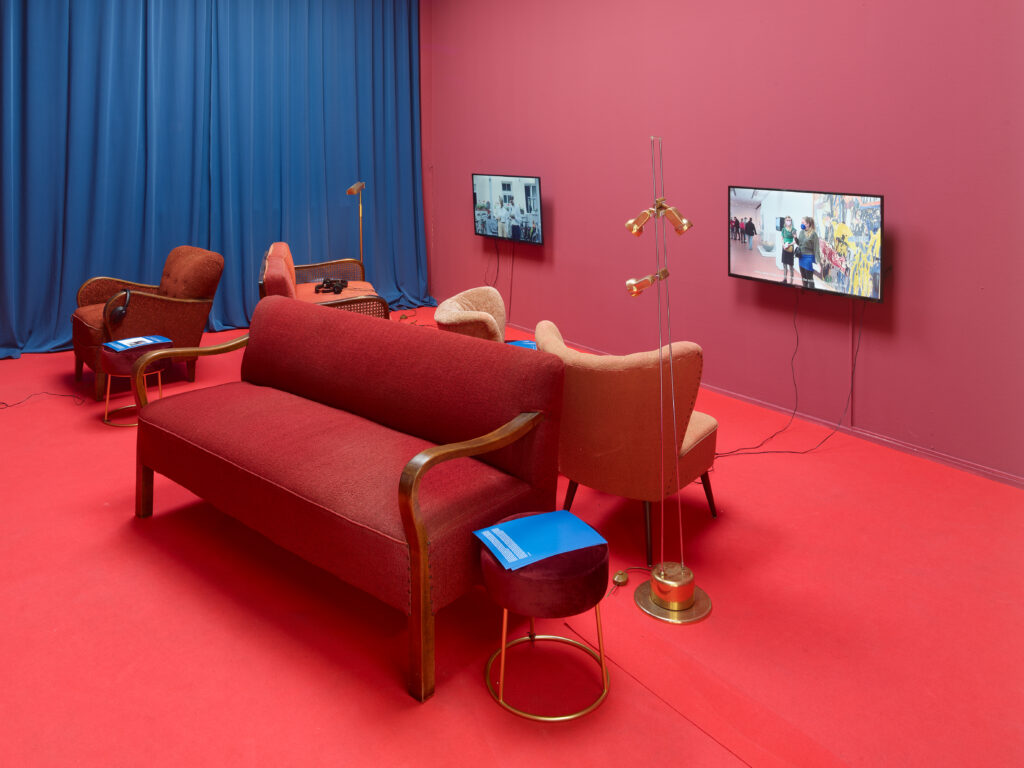 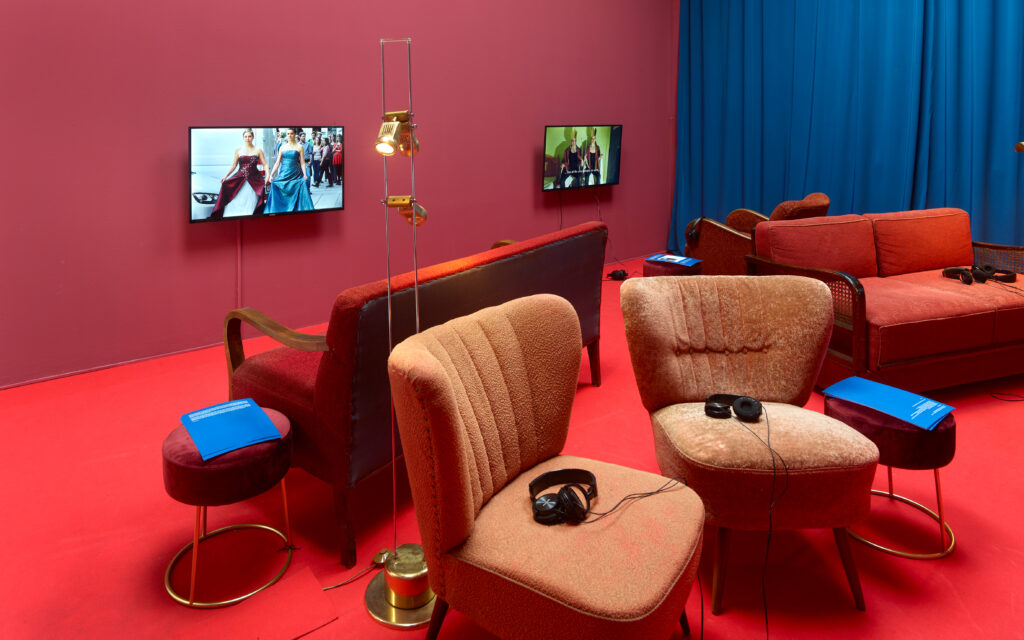 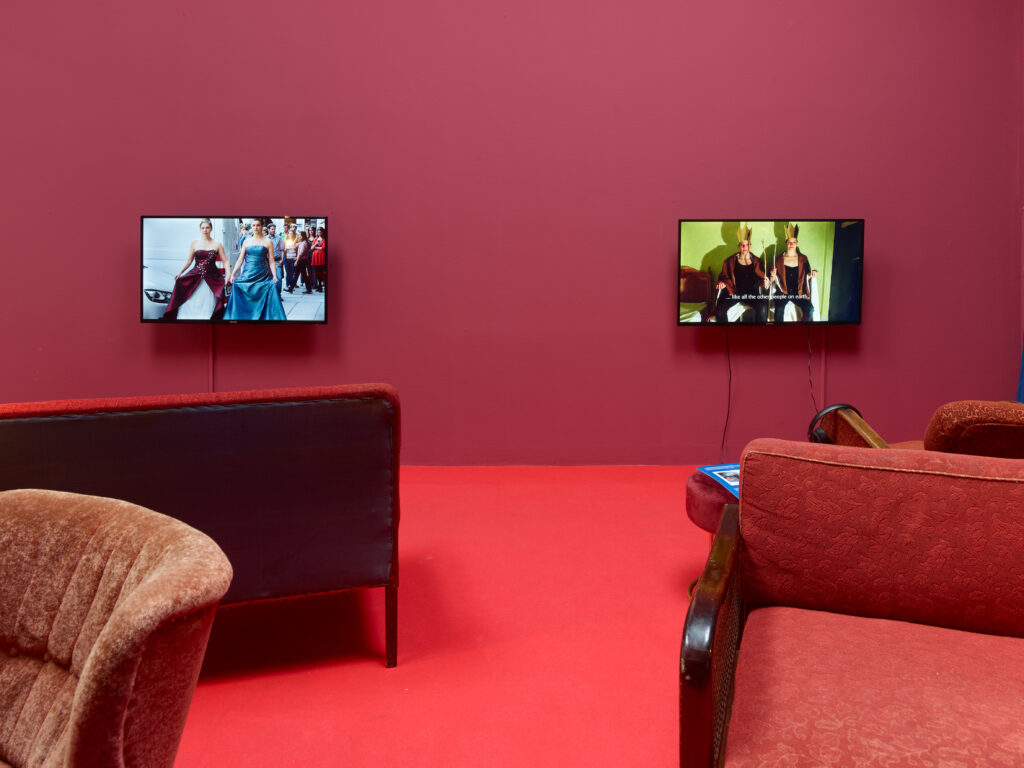 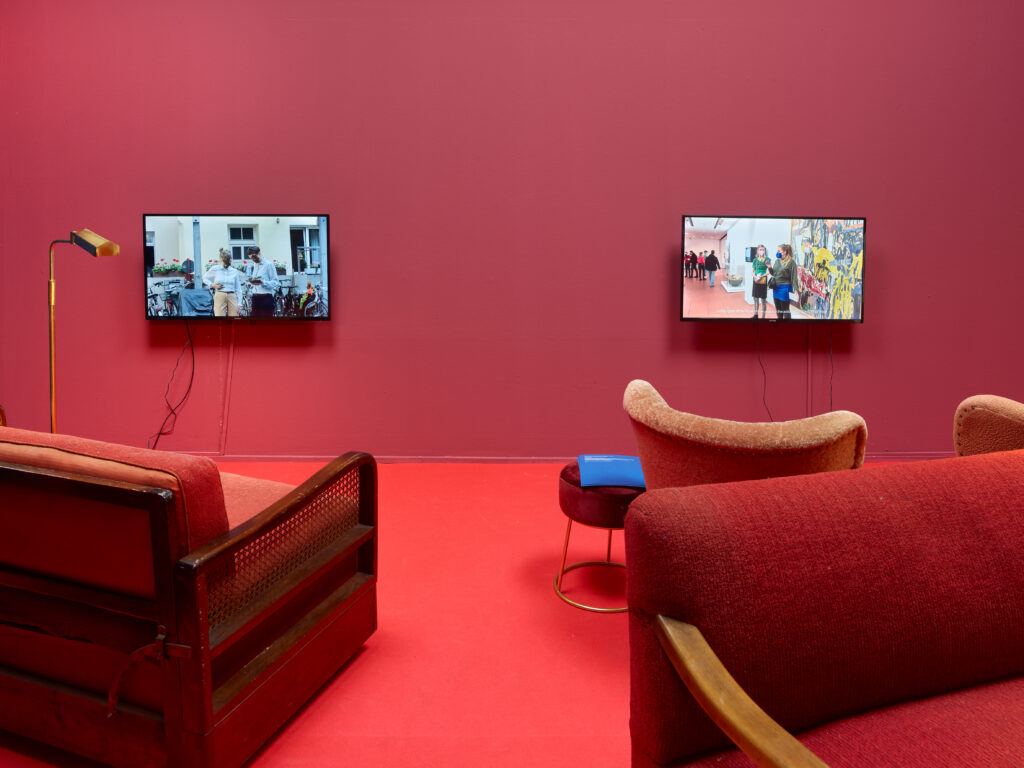