as part of the exhibition: A ROCK FORMATION, A STREAM, A WOOD, A CLOUD

Due to the regulated number of participants, space reservations are gladly accepted with prior registration under: info@temporarygallery.org

The experimental film Vulkaneifel is a sequence of shots of the geography and climate of the Vulkaneifel, shot on 16mm material with an analogue Bolex camera. In its limitation of means and images and the technically determined temporal framing of 30 seconds per shot, a slowness is created that is also reflected in the music.
Taking the tradition of classical silent film scores further, the music is less a background or acoustic illustration of the images than an independent interpretation of the form and aesthetics of the film.
Common parameters such as temporality, atmosphere and image composition or musical form influence each other and work together.
The musician will play analogue on her violin, partly prepared with (natural) materials from the Eifel, to which both artists are geographically connected.

In collaboration with ON Neue Musik Köln e.V. 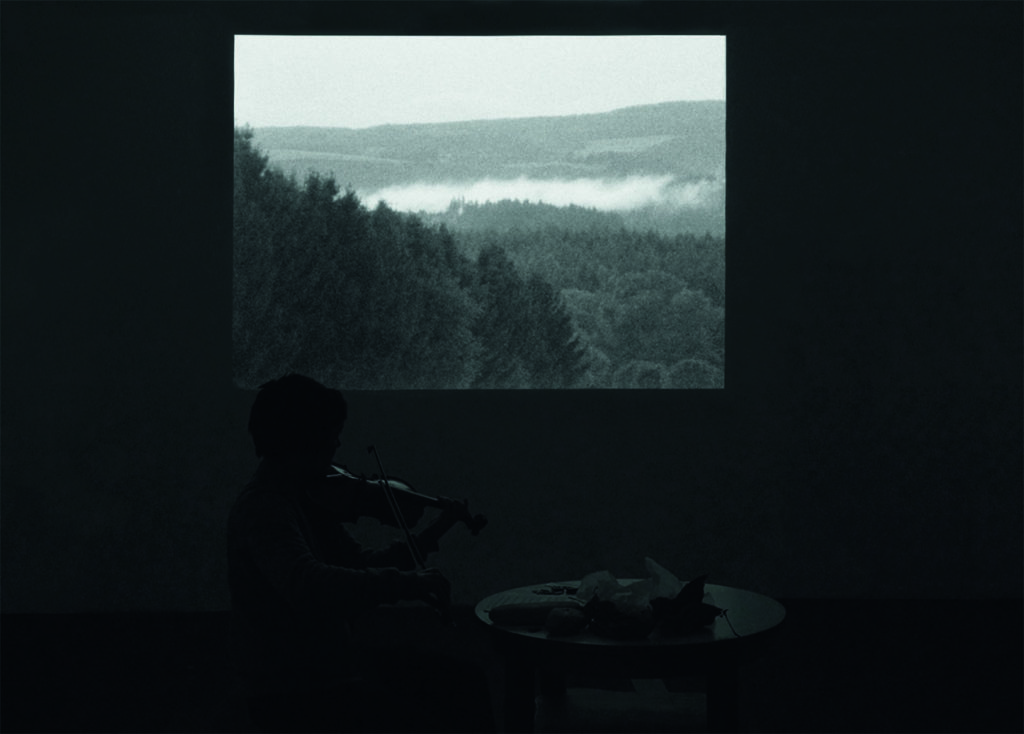