An event as part of the exhibition "Köln um halb acht"

"The brighter the walls, the darker the times"

„Anti-Atomdorf“ (Anti-Nuclear-Village) deals with protest culture and the entanglement of personal biographies and the history of (West) Germany. Silke Schatz will recount her time as a political activist with a slide show. Starting with the anti-nuclear movement in Lower Saxony around 1985, the artist traces the leftist protest culture since the 1980s and the possibilities of protest today on the basis of her own biography. The lecture is accompanied by punk music and protest folk, drinks will be served.

Silke Schatz, born 1967 in Celle, is an artist and lives in Cologne. In her work, she is concerned with specific places and the histories they carry. In her drawings and sculptures she interweaves the personal and social dimensions of these histories and the given space. 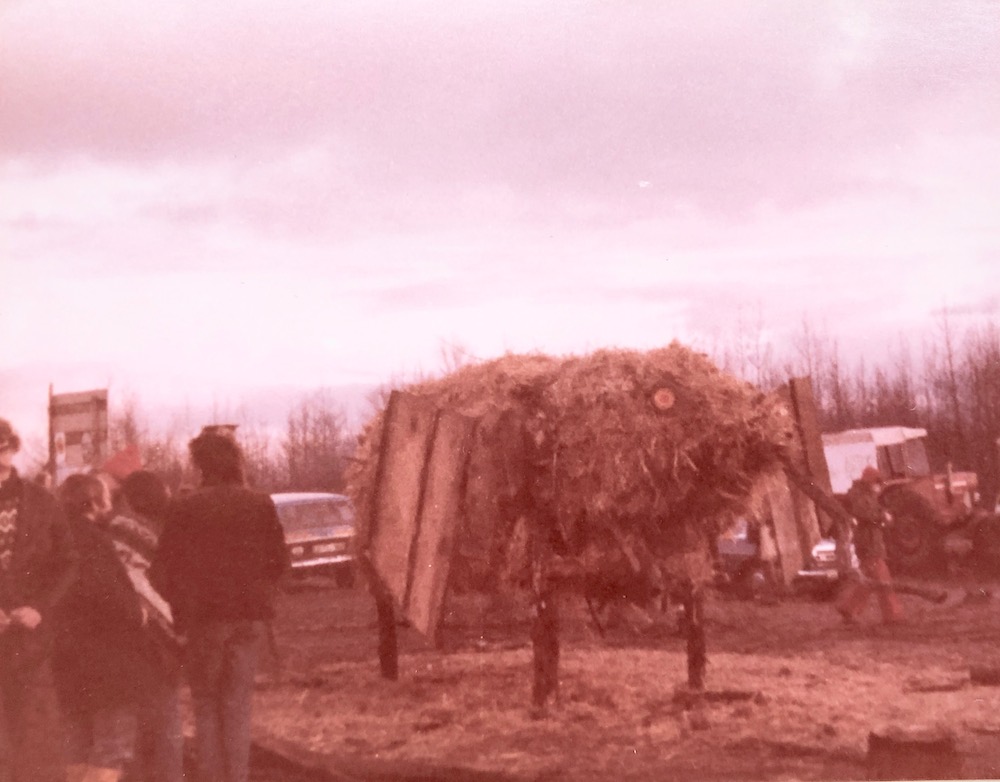