Over five decades, Ana Jotta (born 1946 in Lisbon) has produced an extreme disparate oeuvre. She combines painting with sculpture and prints, sometimes in an Old Master style, sometimes folksy or with appropriations from 20th-century popular culture, and experimenting with techniques traditionally associated with the ‘minor arts’: “In Jotta’s work, art is a battlefield between invention and convention” (João Fernandes). The notion of authorship is rejected (for example, she signs her works with a (j) instead of a (c), a pun based on the homophonic analogy between the letter “j” (Port.: jota) and her family name). Any attempt at classification based on chronology, medium or material, theme or genre is not only futile but also unintended. Everything is digested, de- and re-contextualised and transformed to her own work.

“DAS – IST – DAS ?” is the artist’s first solo exhibition in Germany. It gathers together a selection of recent and older works, complemented by a site-specific wall painting from her ongoing series of so-called “colour samples”. The key work in the exhibition is “fala-só” (an outdated Portuguese expression for ‘soliloquy’) made between 2014 and 2017. Over 40-metres in length, it is to be seen almost entirely for the first time. The panel runs through the exhibition spaces, offering the visitor a step-by-step insight into her oeuvre along the blue fabric with its series of figures and the exhibited works. Depicted is the sketchy outline of a worker carrying a pane of glass under his arm. The repetition of the motif as a sequence of movements might evoke the association of a magnified filmstrip and—especially together with the projection screens in the exhibition (which Jotta, again, uses as canvases for her paintings)—allude to the Temporary Gallery's focus on film. The title of the exhibition “DAS – IST – DAS ?” is a pun based on the French word “Vasistas”—a term for small windows above house entrances. In the 18th century the German inhabitants supposedly asked the incoming French soldiers “Was ist das?” (“What is this?”) through these windows, which gave them their name. 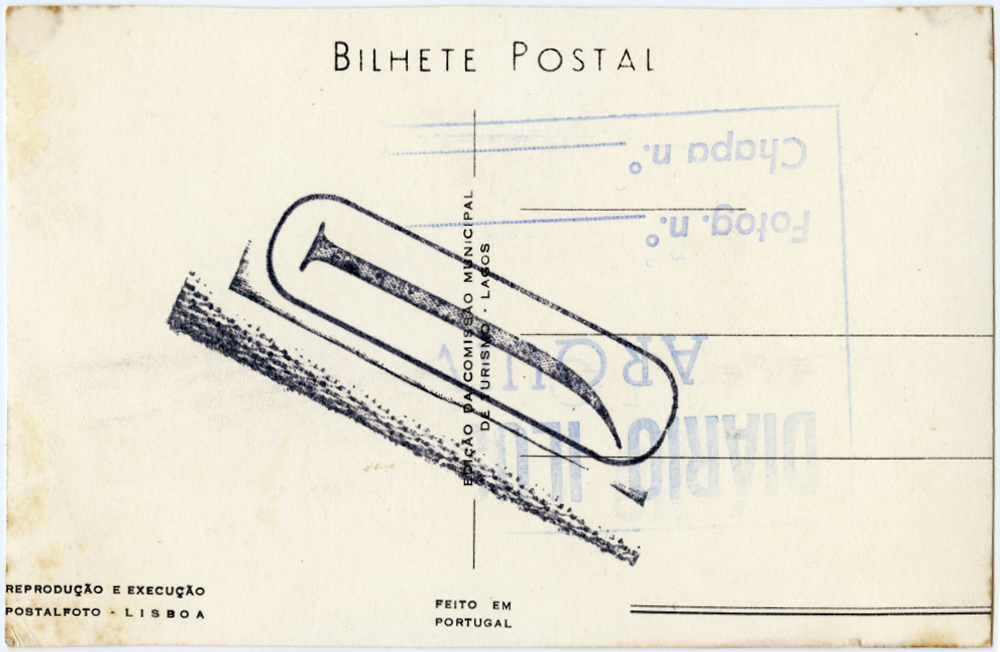 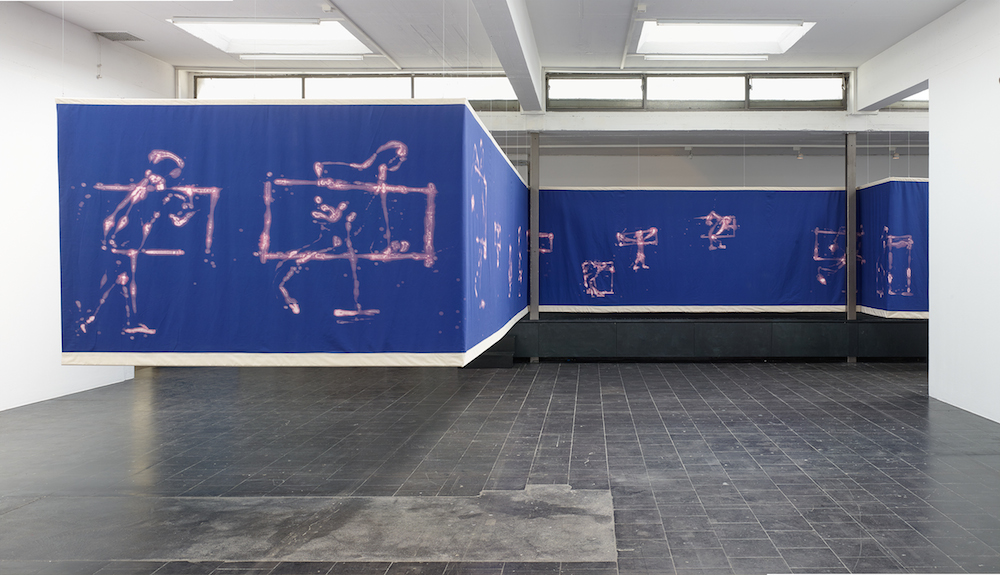 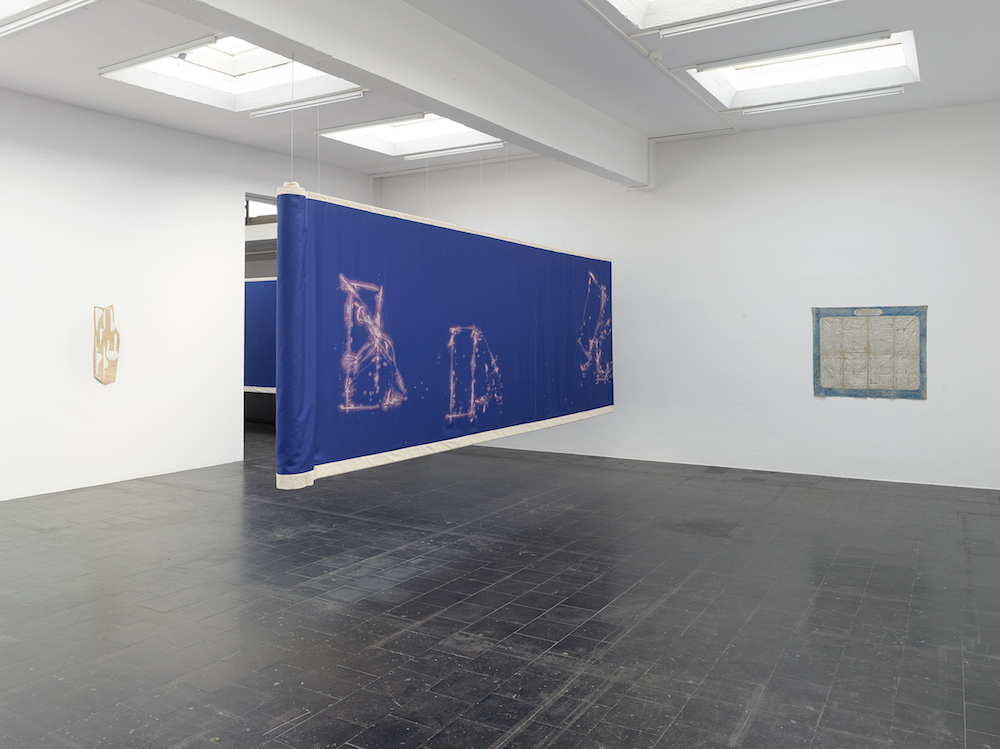 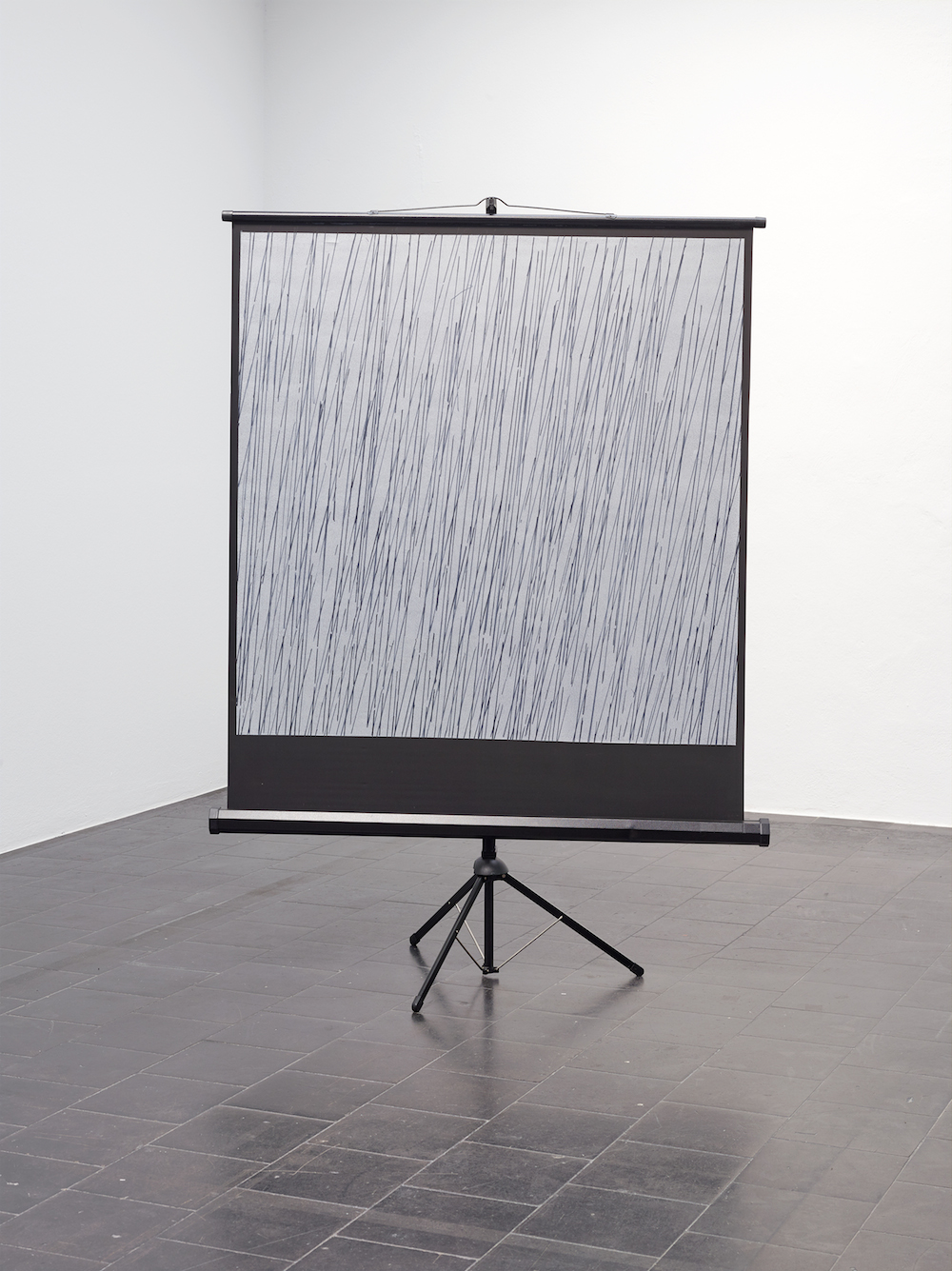 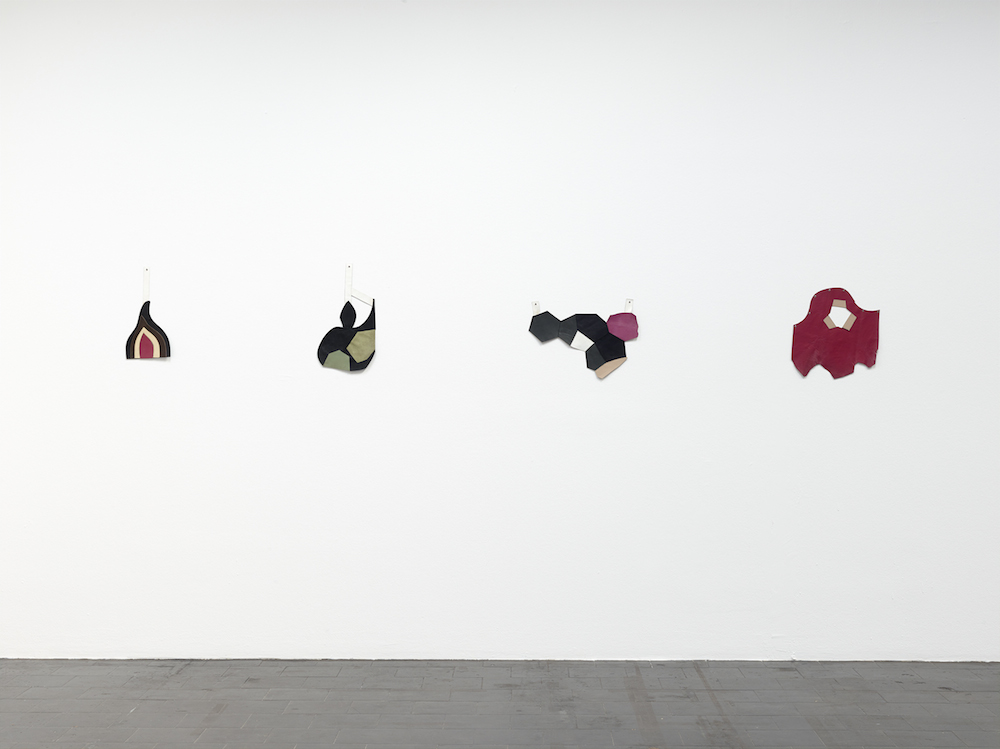 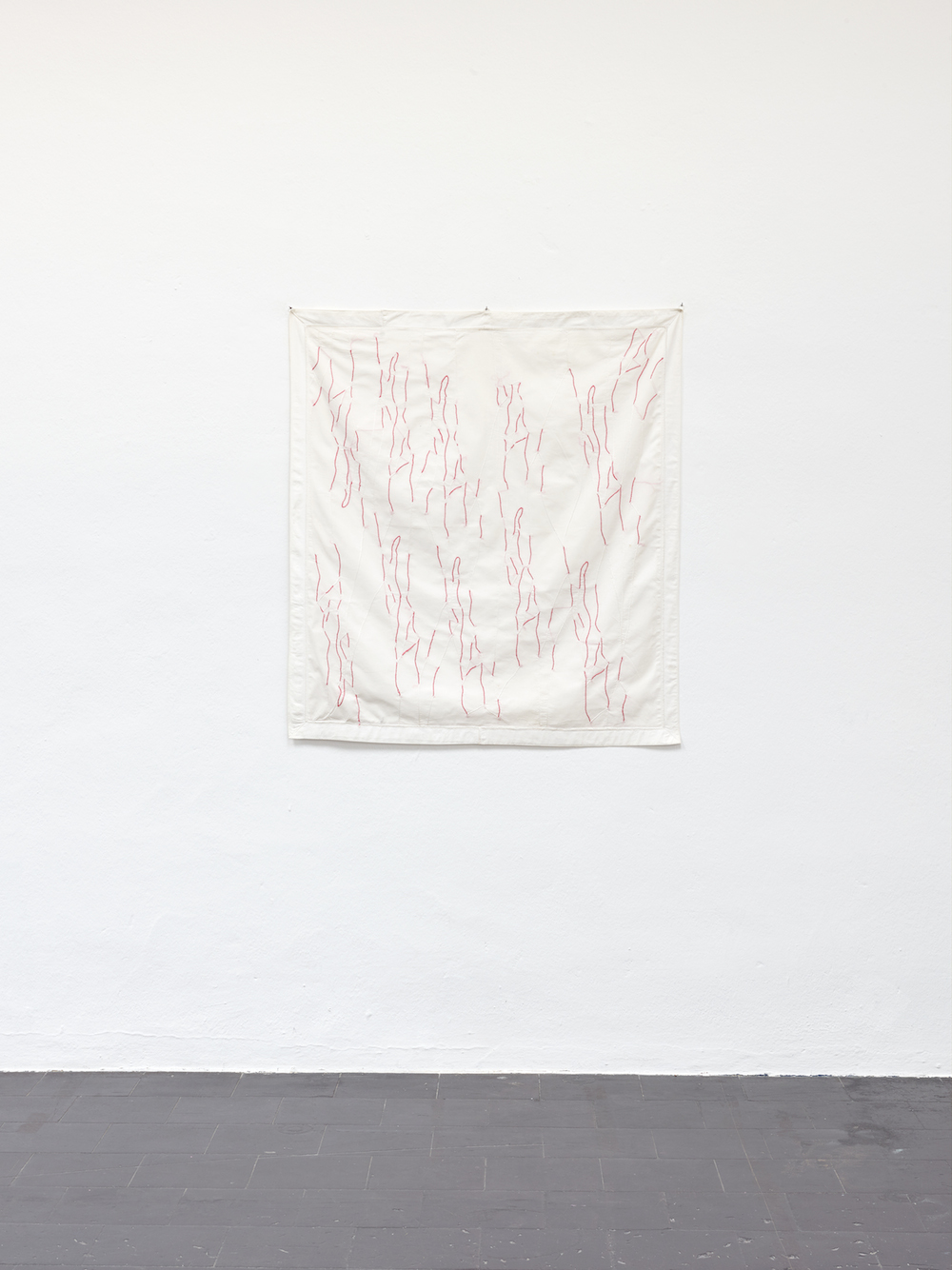 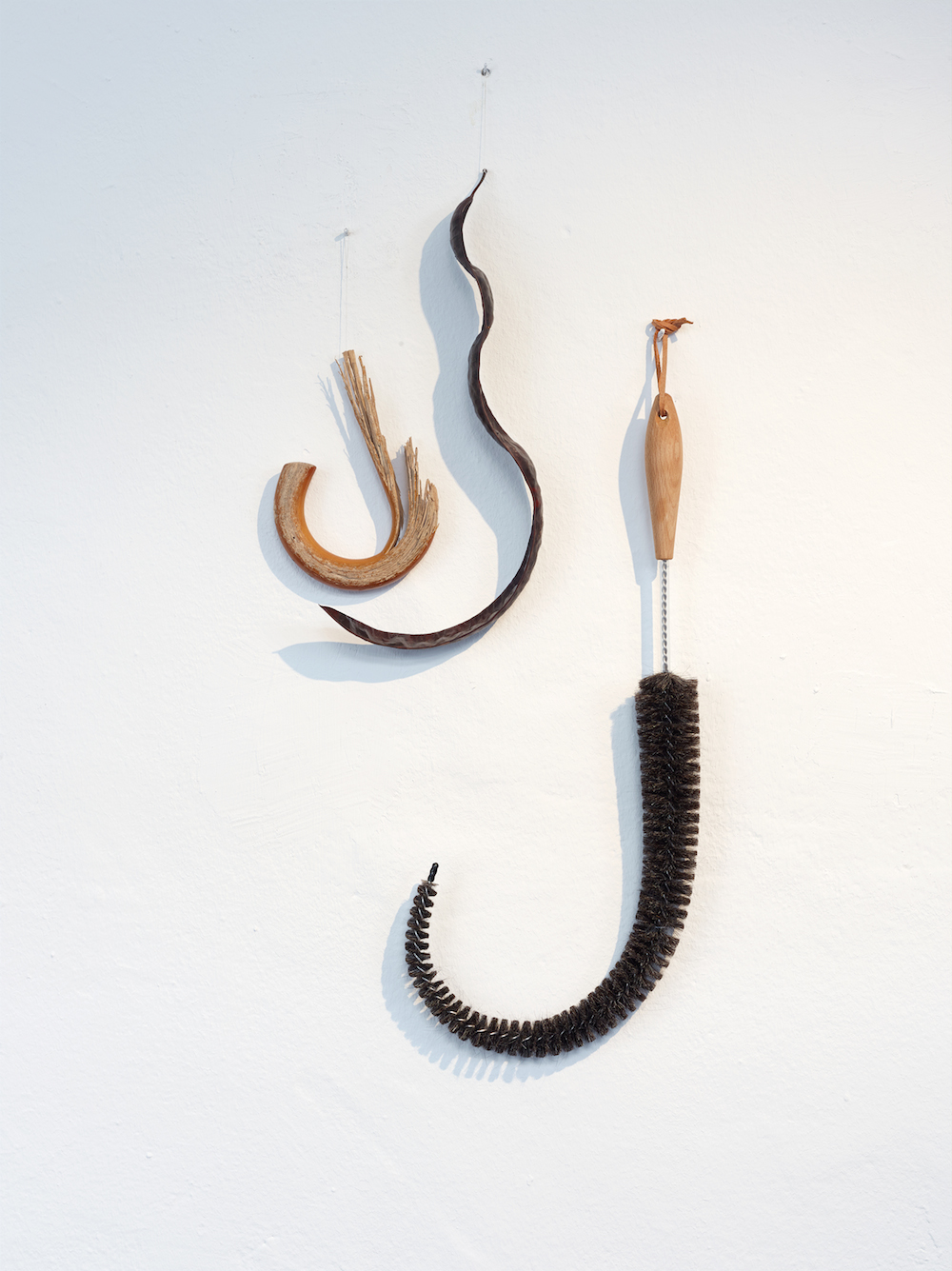