LECTURE
Nicole Wolf: Exploring Permaculture as critical agri-/cultural practice
11 June 2021
In English
Online (Zoom), please register at the following link:
https://zoom.us/.../tJYpfuytrjwoGd2_EeN-WwXUZ_ofG6fVgvQl
This seminar invites you to reflect on permacultural ethics and principles in an expanded cultural and political sense. During the summer of 2019 Nicole Wolf co-developed a series of encounters to facilitate, learn, debate and practice permacultural approaches to designing forms of co-habitation from the legacies of extractivist cultivation and racial capitalism. During the two-week permaculture design course Soil, City, Solidarity (with Alfred Decker as core teacher), the symposium ‘Tell me what matter was the ground’ – repair beyond redemption (both part of the project Archive ausser sich, by Arsenal. Institute for Film and Videoart, Berlin), an experimental workshop with theatre artist Mojisola Adebayo and a reading group with Naomi Hennig (both part of the 2019 Neighbourhood Academy at Prinzessinengarten, Berlin), the participants addressed situated histories of experiences with land and soil and how these might affect the possibilities and shape of cultural forms and or as resistance practices. How do we think and practice repair when relations to land and soil acknowledge the violence of the Plantationocene? After sharing materials and questions from the above encounters, everyone is invited to an open discussion for further exploring responsible agri-cultural practices.
Nicole Wolf (Berlin/ London) is Senior Lecturer in Visual Cultures at Goldsmiths, University of London. Her research, writing, pedagogical and curatorial projects have concentrated on political cinemas in South Asia and anti-colonial struggles, the co-constitutive processes and poetics of artistic, activist and movement narratives and more recently on agri/cultural practices and a Cinématics of the Soil. Her participation in ‘Living Archive – Archive Work as a Contemporary Artistic Practice’ and ‘Archive ausser sich’ (both projects by Arsenal – Institute for Film and Video Art, Berlin) included research and writing for the restoration of film works by Yugantar, the first feminist film collective in India (1980-83) as well as the development of “Soil – City- Solidarity”, an interdisciplinary urban permaculture design course, and the symposium “’Tell me what matter was the ground’ – Repair beyond redemption”. Recent publications are “Is this just a story? Friendships and fictions for speculative alliances. The Yugantar film collective (1980-83)”, in MIRAJ 7.2. “Fugitive Remains: Soil, Celluloid and Resistant Collectivities”, with Shela Sheikh; Ros Gray; Filipa César; Raphaël Grisey, and Bouba Touré. In: Cooking Sections, ed. The Empire Remains Shop. New York: Columbia Books, 2018. “In the Wake of Gujarat: The Social Relations of Translation and Futurity”. Critical Studies, 4, 2019. pp. 97-113. She is editor of the first book on the audio-visual and literary works of Merle Kroeger and Philip Scheffner, commissioned by Deutsche Dokumentarfilm Initiative, forthcoming 2021.
---
The Curatorial Unknown is a series of meetings dedicated to curatorial practice initiated by the CCA Temporary Gallery and prepared in collaboration with a group of curators and institutions from Cologne and the region. The meetings are open to anyone interested in curating.
The event is part of the project “and only the birds fly first class...“, which invites reflection on the structures of the art system and possible reactions to them. Its aim is to go beyond ordinary criticism of the mechanisms of the art scene and present progressive ideas and solutions. In the framework of the project the institution organized an online permaculture course. The title of the project comes from the song “Mr. Nichols“ by Coldcut and Saul Williams, which is a very apt description of the emotional state of despair, disorientation and the need for turnaround in order to achieve a world in which “only the birds fly first class“, i.e. a world without inequalities.
Image
Cecylia Malik, 365 Trees. Rowan. 20.09.2010 Aleja Jerzego Waszyngtona (http://cecyliamalik.pl/)
Funding and support
Kunststiftung NRW
Kulturamt der Stadt Köln
Hotel Chelsea
Deltax Wirtschafts- und Steuerberatungsgesellschaft mbH
Partner
BBK Köln
And She Was Like Bäm! 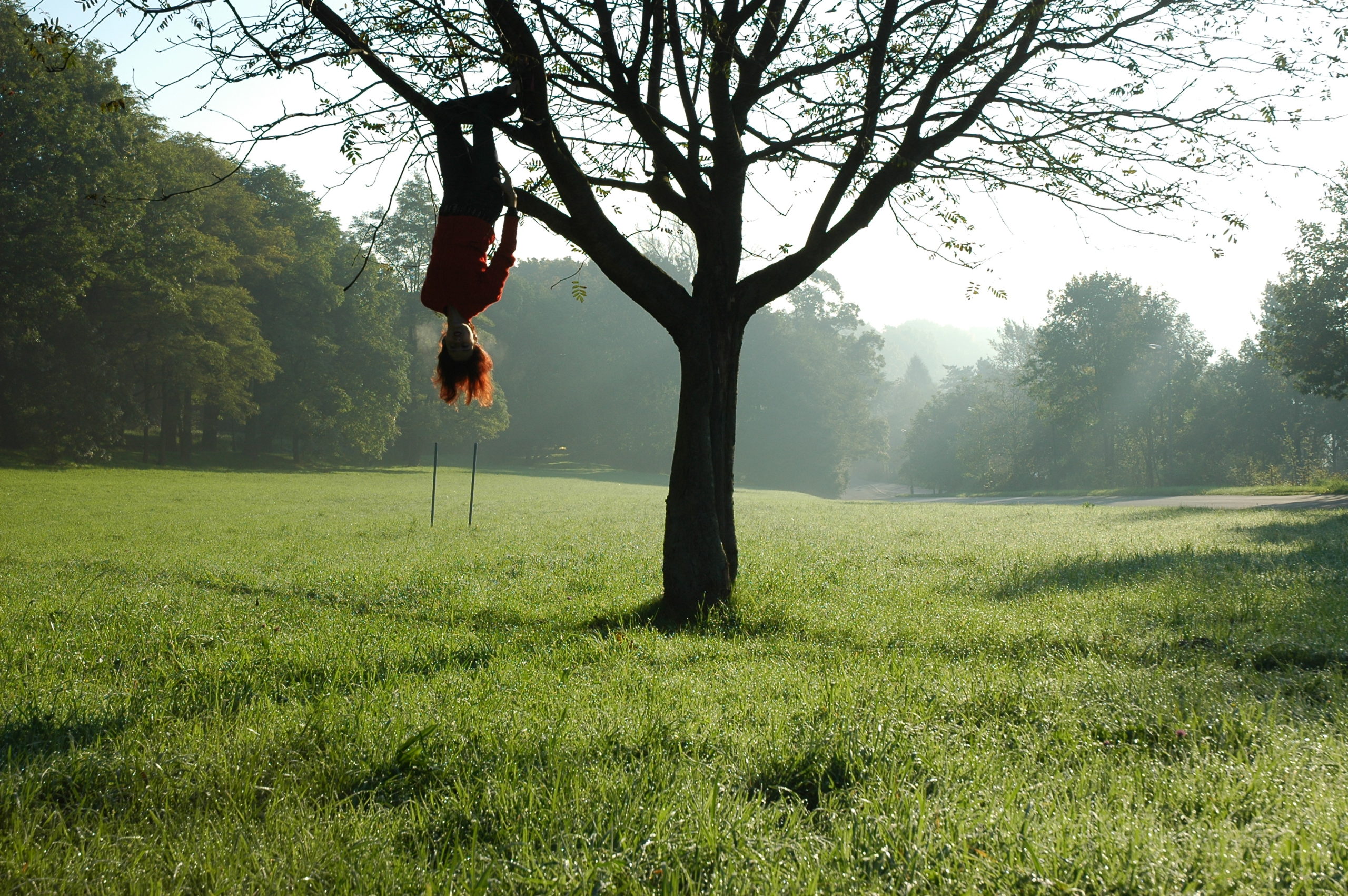