Kinships are often thought of as blood relations, even more often understood with reference to the Western model of the nuclear family. This exhibition aims instead to contemplate and envisage various implications and forms of kinship, camaraderie, comradeship and belonging outside of the social reproduction of norms that the nuclear family entails.

As curators, we believe that kinship is not given, it is to be imagined and made. And this process of kin-making involves a critical revision of the promises and fantasies of the nuclear family, as well as a collective search for new possibilities and structures that are yet to emerge. The starting point of this exhibition project grew out of personal interests and experiences, in search of a variety of ways of establishing care and love relations and to imagine other kinds of sociability than the nuclear family structure.

The exhibition presents various temporal and spatial imaginations, disorientations and understandings of kin-relations. They prompt us to imagine the present and the future differently, to envision a world in which solidarity, interdependence and other forms of intimate association and belonging coexist, one where we can make space and time to see one another in our abundance.

Unruly Kinships reckons with the fact that no ideal version of kinship exists, there is no blueprint which relations can be modelled upon. And yet it strives towards perspectives and approaches that anticipate new solidarities, affinities and alliances, ones in which freedom in love and self-determination can be attainable for everyone. It is a leap into the unknown. How about then imagining collectively other forms of kinship? The unruly ones – not subjected to the imposed societal orders? Those which do not submit to known ways of living? They are disobedient, riotous, resourceful. How about reimagining kinship and asking again: How would we like to live? How would you like to live? The endeavour contemplates various possibilities of kin-making and care relations in our contemporary society. It presents various ways we relate to each other and the unexplored potentialities of these relations, starting from everyday interactions to artistic genealogies and queer lineages.

The artists participating in the exhibition and its public programme not only rethink but also re-enact “unruly kinships” themselves, albeit usually not in the known format of socially engaged art. They not only encourage us to reimagine existing kin-relations, they also search for different ways of sustaining them. For example, Jay Tan’s large-scale sculptures, resembling an ant-formicarium, housing a series of scenes dedicated to various artists, musicians and writers with whom Tan shares a surname. The work references forms of altruism, questions of nepotism, kinship selection and eusociality in social superorganisms, like ants and humans. Similarly, Geo Wyex in his poetic sound work draws on artistic lineages, family members, memory objects. These “shout outs” are personal acknowledgements and public expressions of greeting and praise. In this work Wyex asks who or what matters, and how calling things aloud might become a temporary measure of liberation. Rory Pilgrim shows us alliances and connections between climate activists. They point to how climate change is forcing us to rethink the existing ways of living not only because the old ways degrade the planet (just think about the energy consumption of single-family houses in comparison to larger collective dwellings) but also because fighting anti-climate policies requires intense collective effort. Clementine Edwards’s unfolding miniature landscape, made of rice, gold, silver, copper and found materials, prompts us to think about the promise of the nuclear family, its unfolding, and being at peace with its possibilities and pitfalls. Selma Selman considers what values and relations society attributes to people, labour, relations and material objects, as she recycles scrap metal with the help of her family. Throughout the exhibition’s duration she transforms electronic waste into golden earrings for her mother. Lena Anouk Phillip’s fragile paper sculptures employ the mechanisms of the gift economy to reinforce amiable connections. In Krõõt Juurak’s and Alex Bailey’s performance, not only does their son Albert disrupt it and contribute to it, he also takes an equal role in its creation. The work speaks to questions of child-parent relations, parenting and emotional labour. Liz Rosenfeld’s work features holes, openings, portals, orifices and pores that are impossible to fill. Their work explores desiring and leaking bodies through the narrative of cruising. Pauline Curnier Jardin founded the Feel Good Cooperative together with the help of photographer and sex worker Alexandra Lopez and architect and academic Serena Olcuire. The cooperative is a space for expression, inspiration and financial support for sex workers in Rome whose work is linked with the fragility of daily existence. iSaAc Espinoza Hidrobo and Joanna Stange, together with the maiskind collective, perform a choreographed ritual of care and kinship. They invite the audience to join in their dance, joy and moment of collective transformation. Designer, artist and researcher Yin Aiwen’s live action role-playing game (LARP) is a life simulation and a generative social experiment that takes peer-to-peer caring relationships as the cornerstone for a commons-oriented, caring society.

The exhibition is accompanied by a rich public programme. For example, it will include a series of gatherings, which combine lectures, performances, readings, music and food in an informal atmosphere. We would like to envision the space of the art institution as a space in which thinking about kinship develops in a collective way, a space in which kinship relations are nurtured.

In the booklet accompanying the exhibition an infinite love letter by Kris Dittel provides a personal account of the Forms of Kinship study group series. It is followed by “Mayday” by Suzanna Slack, a fragmented memoir that touches upon the construction and violence of the nuclear family, gender and class. Alexis Pauline Gumb’s Black queer feminist genealogy puts forward the concept of revolutionary mothering (in a verb form) as opposed to motherhood as a status that is selectively granted. Only when more of us pursue “unruly kinships” can a larger societal change happen. This however would require governments to recognize the necessity and support different ways of living on a structural level. We hope that that text by Johanna Brenner expresses in which direction this could go. Click here for the booklet.

An important role in the development of the exhibition was played by the Forms of Kinship study group, which has been running throughout 2022 and constituted the public research phase of the project, operating as an open research platform. The guests included writer and researcher Dr Sophie Lewis, who spoke on the topic of family abolition and its decolonial perspective; professor Mi You (documenta Institute and University of Kassel), with whom we developed a seminar on the social and economic history of the family; Clementine Edwards who shared her research on material kinship together with Joannie Baumgärtner who spoke on the nuclear family's relation to capital; curator and LGBTQ+ activist Georgy Mamedov, who introduced us to the radical potential of dreams; curator Khanyisile Mbongwa and healer and researcher Li’Tsoanelo Zwane, who spoke about ancestral spirits and Indigenous knowledges; artist and political writer Bini Adamczak, who unfolded for us the theory of polysexual economy; artistic researcher and social responsibility coordinator Francisco Trento, who spoke about neuroqueer intimacy; and curators Karina Kottová and Barbora Ciprová, who shared their research on the (feminist) contradictions of parenting. Many events from this series have been recorded and are available on the Temporary Gallery's YouTube channel.

A long version of the curatorial text can be found on our website here. 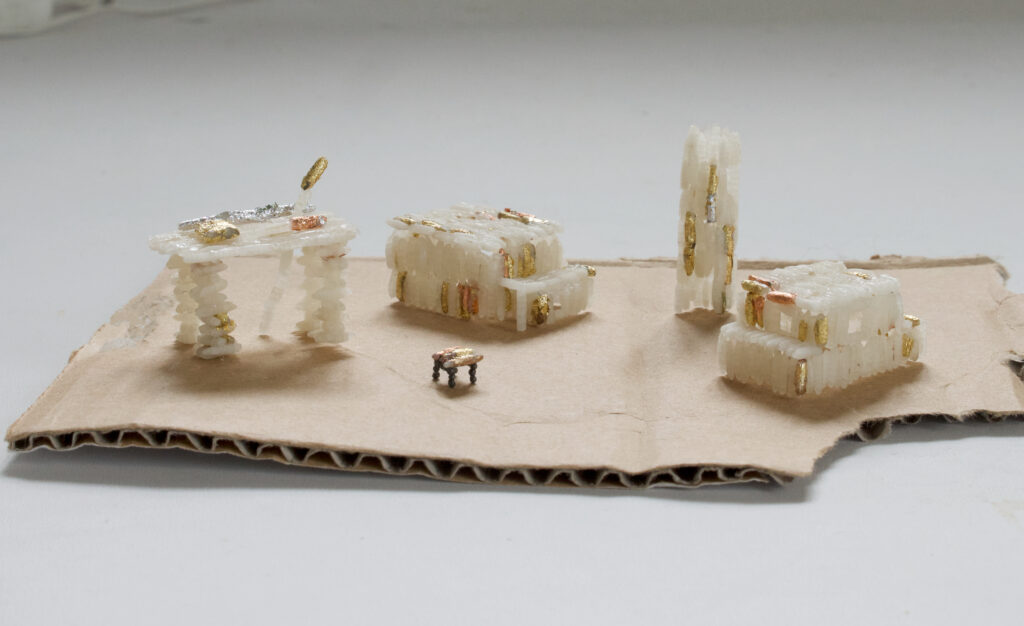 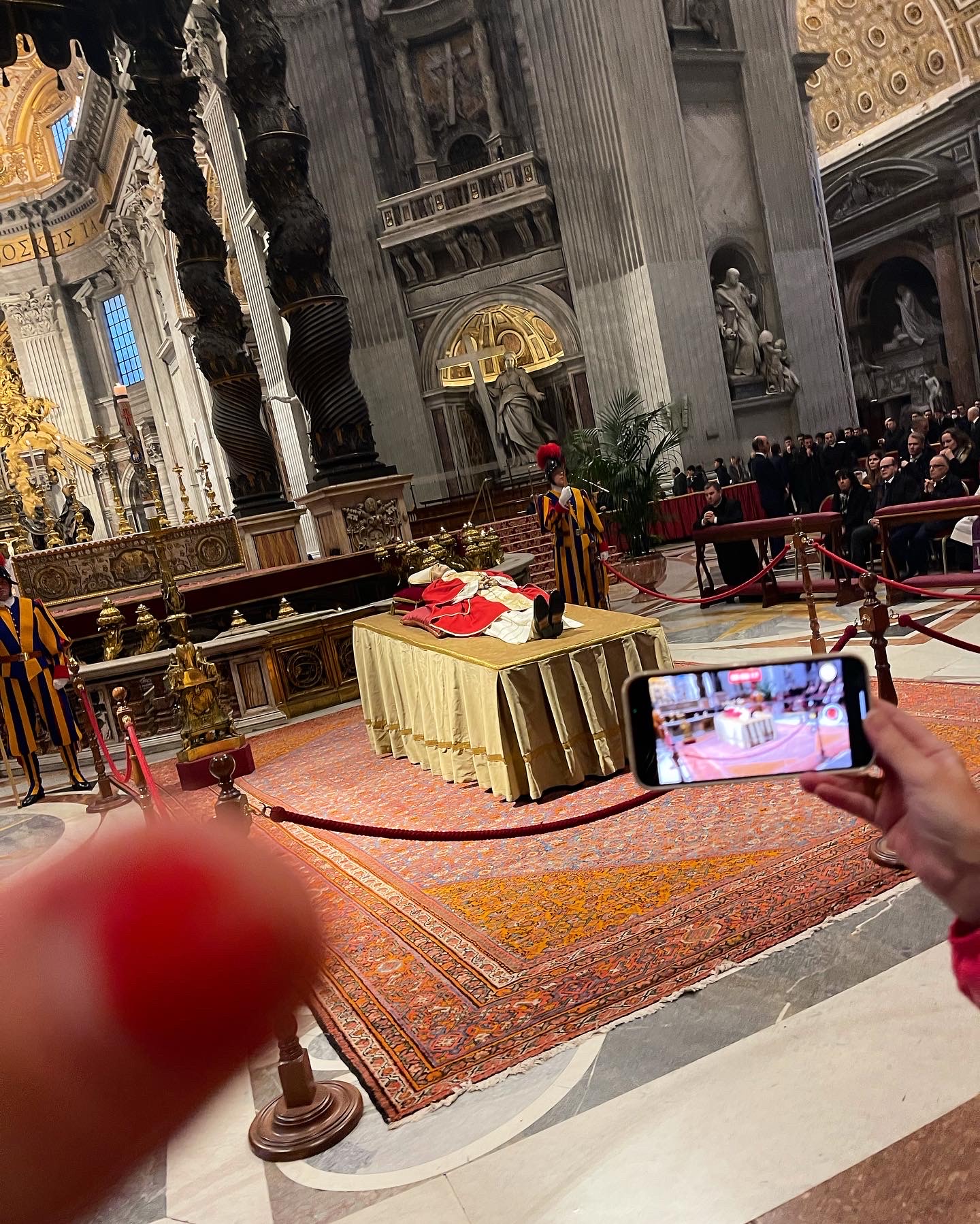 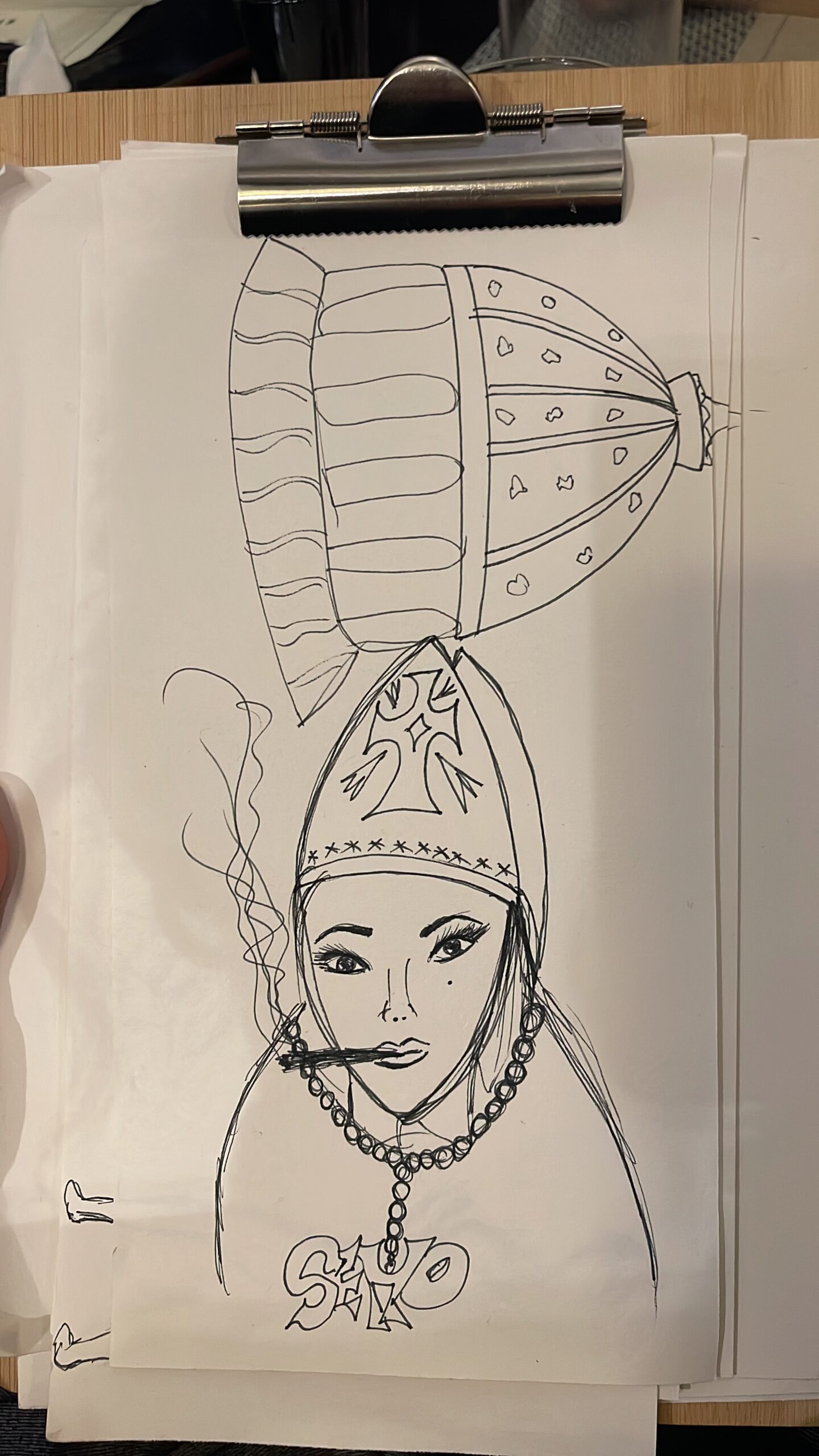 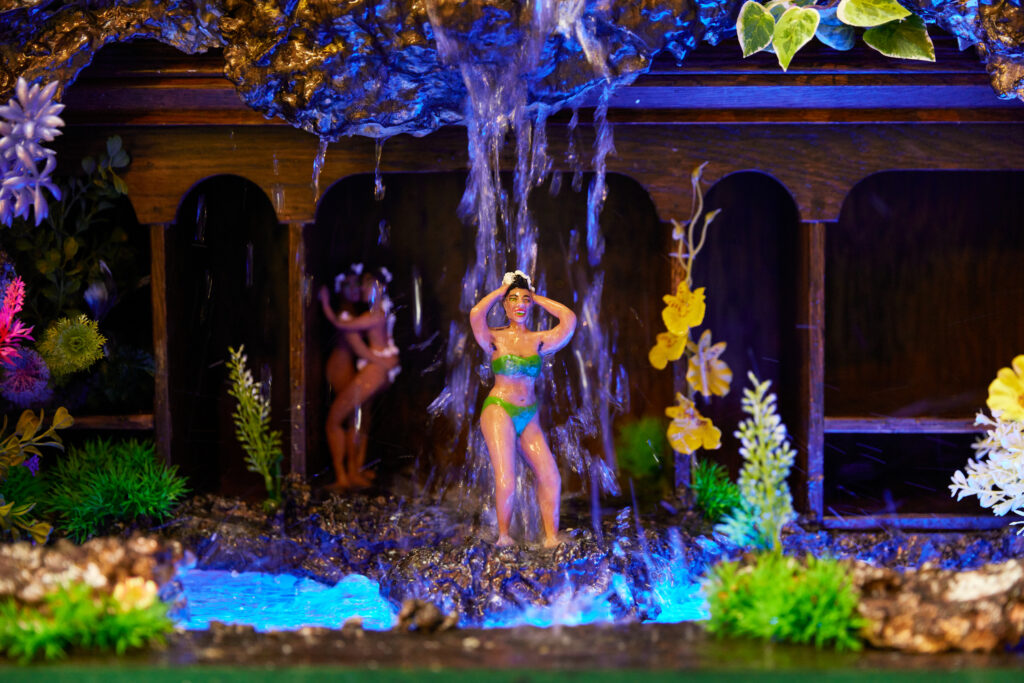 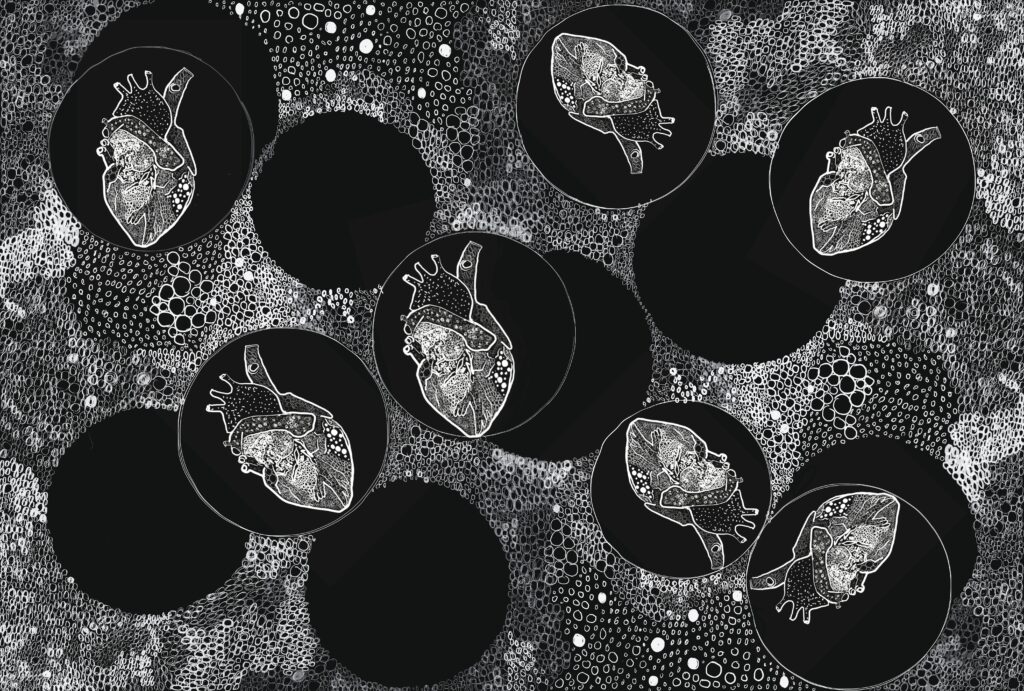 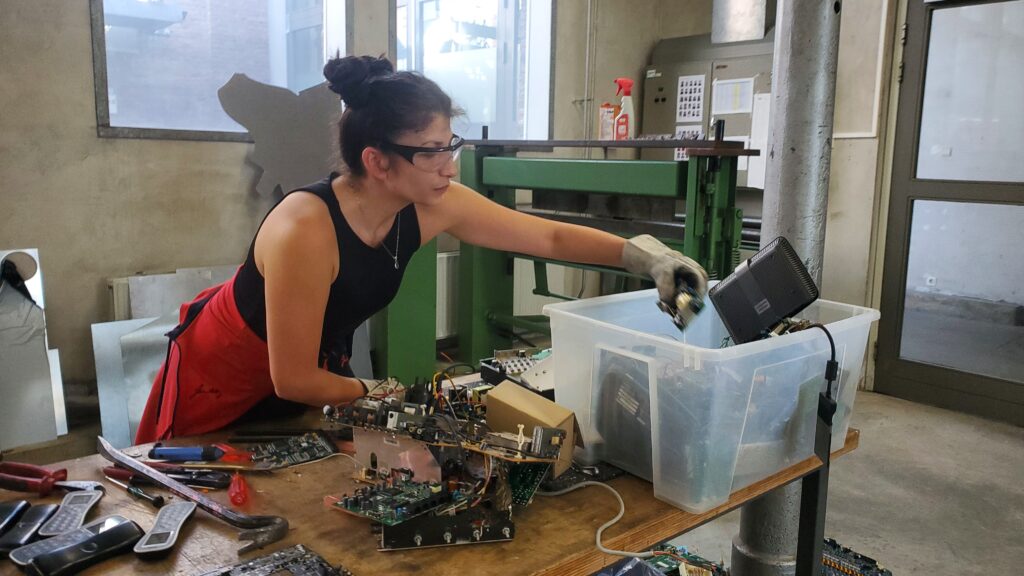